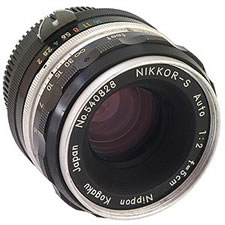 Nikon today announced that the total production of NIKKOR interchangeable lenses for Nikon SLR cameras reached sixty-five million at the beginning of October 2011. In 1959, Nikon (then Nippon Kogaku K.K.) released its first SLR camera, the Nikon F. At the same time, Nikon also released its first NIKKOR interchangeable lenses for Nikon SLR cameras, among them the Nikkor-S Auto 5cm f/2. In the half century since, NIKKOR lenses have become the favorite lenses of a wide variety of users, and have been extremely well received by a great number of photo enthusiasts and professional photographers.