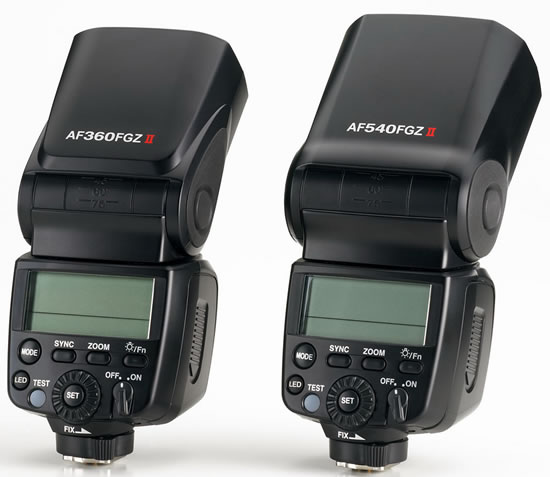 Both Ricoh auto flash units AF540FGZ II and AF360FGZ II incorporate a newly designed, high-intensity fixed-light LED light in their body. This white LED light comes in handy not only for close-distance movie recording, but also for still-image shooting requiring extended exposures. It also functions as a catch light in portraiture and an AF assist light in the dark. The user can customize the flash operation by presetting as many as nine different flash functions to their preference, including the on/off of the catch-light function using the LED light and the choice of the flash discharge mode in still-image shooting. 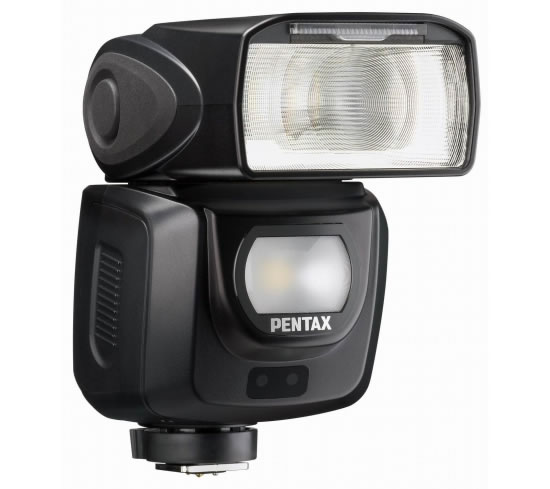