Ricoh today announced the development of expansion unit for the GXR interchangeable unit camera system, which went on sale on December 18, 2009. With this lens mount unit, photographers can mount lenses such as Leica M lenses and use them for shooting with the GXR. The lens mount unit is being designed to make the best use of the optical characteristics of the lenses mounted. It will have as its image sensor a 23.6 mm × 15.7 mm (APS-C size; total pixels: approx. 12.90 million) CMOS sensor, and it will also feature a newly developed focal plane shutter. 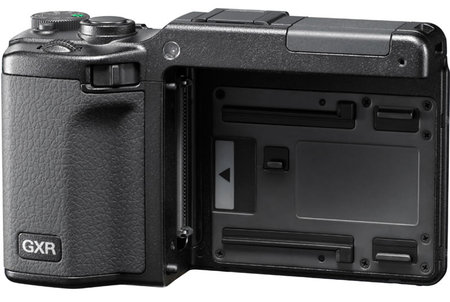 The Ricoh GXR is a revolutionary new interchangeable unit camera system in which lenses can be changed by mounting camera units that integrate lens, image sensor, and image processing engine into a single unit. The GXR line now includes four camera units, but the newly developed unit being announced here is an expansion unit. Ricoh will display a design mock-up of the GXR lens mount unit at the at the CP+ trade show in Yokohama on Feb 9-12. Release is planned for the autumn of 2011.