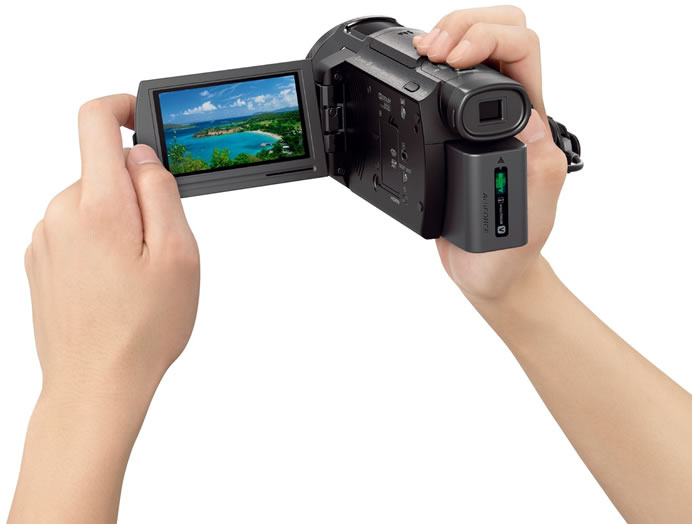 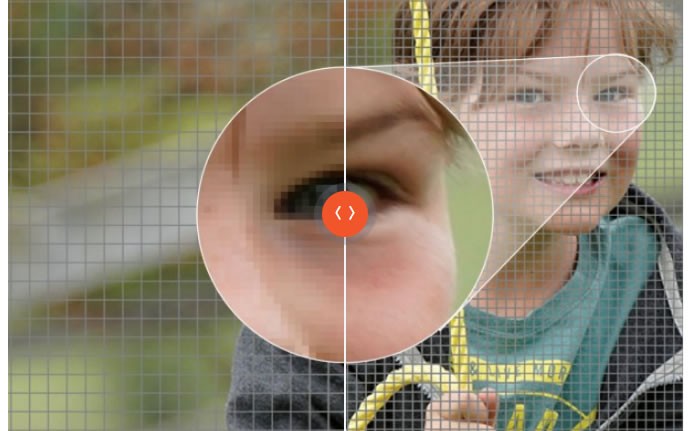 Packaged in an extremely compact body, the FDR-AX33 allows user to setup a simple and intuitive customization of pro style features that fits users individual shooting conditions. A manual ring on the lens can control aperture, focus and zoom as well as white balance and AE shift, while an ISO-compatible shoe on the top of the camera allows you to add other accessories such as a light or microphone.
Building upon the successful introduction of the FDR-AXP33 in early 2015, the FDR-AX33 gives further choice to consumers who are looking to capture their precious memories in 4K. Both models allow easy viewing of content via the supplied HDMI cable on a 4K TV but for those users who wish to share their movies instantly via an in-built projector, the FDR-AXP33 still offers this great step-up option. The high-performance electronic viewfinder (EVF) in Sony FDR-AX33 reveals three times the detail of predecessor Sony models. 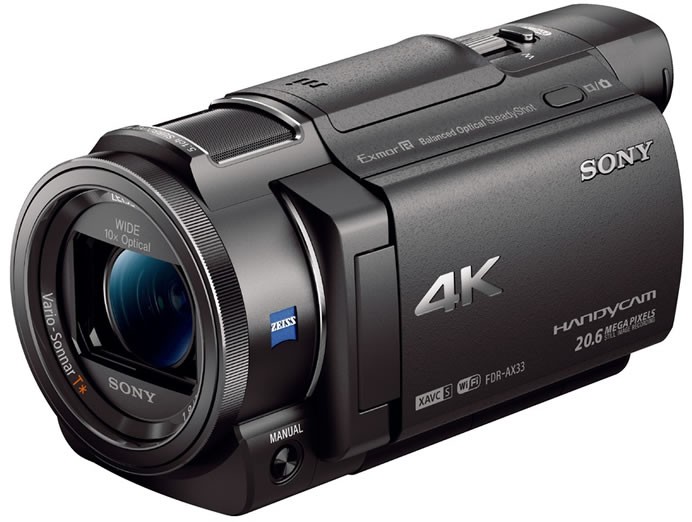 The bright and beautiful 3.0” Wide Xtra Fine LCD with WhiteMagic display allows users to see subtle details and tones on the screen in all types of shooting environments. 4K video can either be played back on a compatible 4K TV through the supplied HDMI cable or on a HD TV in super sampled Full HD playback by automatic down conversion of 4K frames. Additionally user can trim 4K images from selected video frames, enlarging or cropping chosen portions of the frame in full HD quality, which can all be adjusted with either the on-screen display icon or the zoom lever. 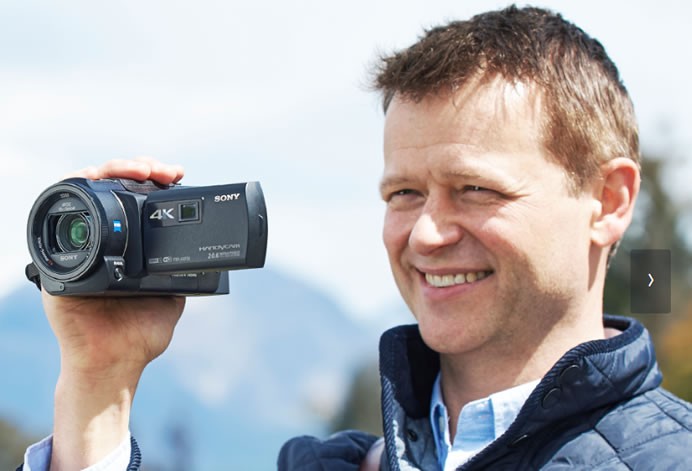