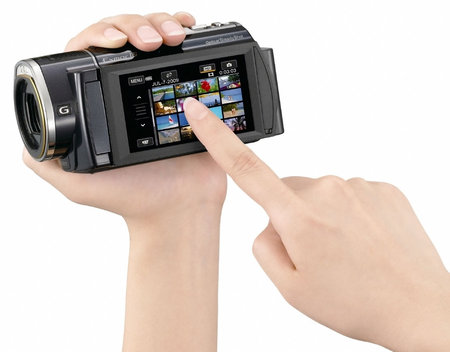 Sony today announced its new HDR-CX520V and HDR-CX500V Handycam camcorders, which capture full1920x1080 high-definition video and up to 12-megapixel photos on a 64GB or 32GB internal flash memory, respectively, offering up to 25 hours of HD video (LP mode). For optimal playback, the Sony HDR-CX520V and Sony HDR-CX500V camcorders feature 60p output, which automatically converts content to 60 progressive frames per second when connected to a compatible high-definition television. Other powerful features include a built-in zoom microphone with Dolby® Digital 5.1-channel surround sound and an instant power-on feature when the LCD is opened that lets you capture the moment without delay. 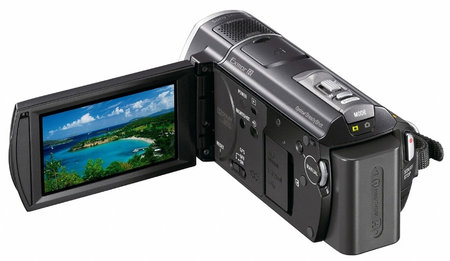 To effortlessly track your destinations on a map, the camcorder’s built-in GPS antenna and NAVTEQ digital maps geo-tag your videos and photos. In addition to built-in flash memory, Sony HDR-CX520V and HDR-CX500V Handycam camcorders can record content to optional Memory Stick PRO-HG Duo HX media (currently sold separately in capacities up to 16GB, a 32GB card will be available in September). The Sony HDR-CX500V and Sony HDR-CX520V will be available in September for about $1,100 and $1,300 respectively.