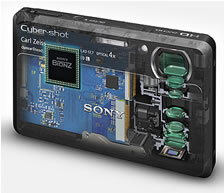 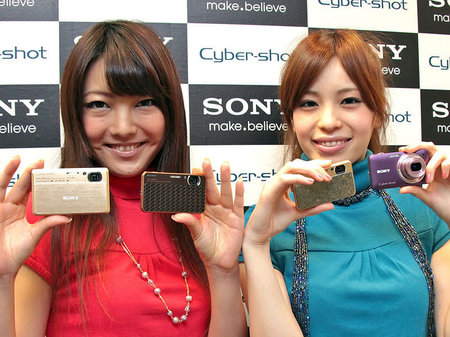 The Sony DSC-TX9, which has a 3.5-inch 921k resolution LCD touchscreen, and the DSC-WX5, which has a 2.8-inch LCD screen, also let you view images in a whole new way.Unlike 3D Sweep Panorama mode, which lets you view your 3D images on compatible 3D television systems, Sweep Multi Angle lets you view images moving in simulated 3D right on the cameras’ LCD screen by tilting the camera back and forth. With the AVCHD format, used in Sony’s high-definition Handycam camcorders, the models can record movies in 1920 x 1080 Full HD resolutions in 60i at up to 17Mbps for smooth movement during playback. They can also capture videos in the MP4 format (up to 1440 x1080 30p 12Mbps) for online sharing. The TX9 will be available for about $400 in (dark gray and red) and the T99 will be available for about $250 in (silver, black, pink, green and violet) in September.