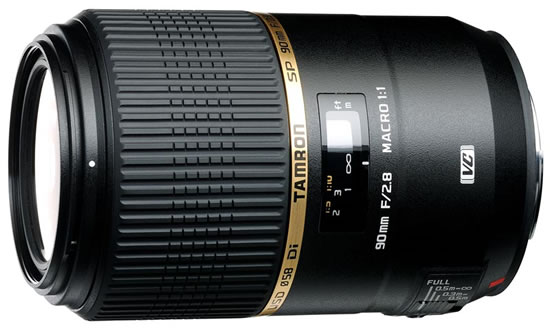 Tamron’s original VC image stabilization mechanism utilized a moving magnet system whereby a heavy magnet was positioned near the moving VC lens element. In the new VC unit the positions of the magnet and the coil are reversed, because of this the VC optical lens element is attached to the coil. The new VC mechanism employs a moving coil mechanism with a lightweight coil, and the lighter coil reduces the load on the drive system. Thus, the lighter, more compact new VC unit contributes to the lens’s overall light weight and compact size. The lens weighs 550g will be launched within 2012 for Nikon, Canon and Sony.