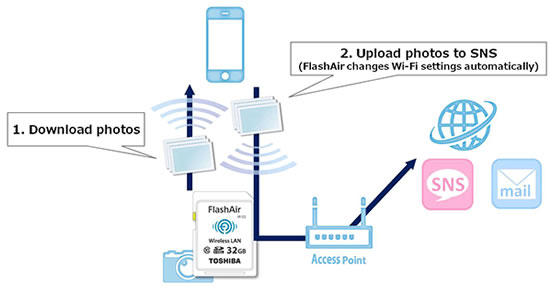 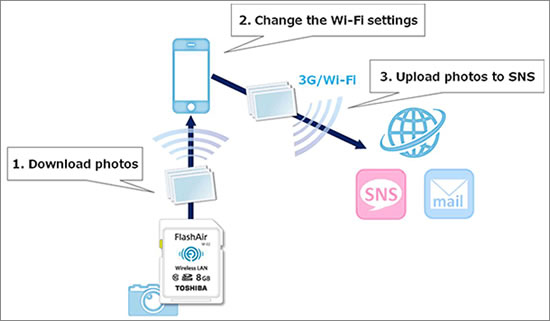 The new feature can also be used in the current FlashAir W-02 line-up (product names: SD-WC008G and SD-WC016G) by updating the firmware of the card. The new Toshiba FlashAir card will go on sale on November 16th in the Japanese market, and sales in markets around the world will follow.