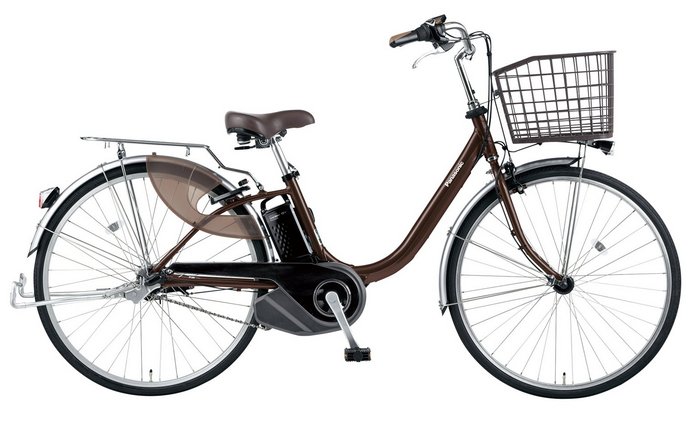 According to the revised Road Traffic Law which came into effect on December 1, 2019 in Japan, electric bicycles that assist pushing and walking by driving a motor will also be regarded as pedestrians walking assistance vehicles. The revised Road Traffic Act stipulates three conditions: the driving speed when walking is 6 km / h or less, user cant drive the cycle by sitting on the seat, can’t ride the cycle and driving stops when the bicycle is separated.

The speed sensor and the sensor with a built-in motor are motor-controlled, and when the walking speed changes, it is possible to assist according to the walking speed. In addition, when carrying uphill or luggage, the sensor with built-in motor detects the load and adjusts the assist force. The torque sensor that detects the load on the pedals and the saddle tilt sensor that detects that the saddle is tilted are designed so that the push-walking function does not work when riding.

Panasonic Bibi L. Push Walk electric bicycle comes with a built-in saddle tilt sensor that detects the state of the saddle, and is designed so that the push-walking function operates only when the saddle is tilted. Unsafe use is prevented by making the mechanism so that user cannot sit on the saddle when walking. Panasonic Bibi L. Push Walk electric bicycle is available in charcoal brown color in Japan for 129,000 yen ($1187) from 6th July,2021. The cycle weighs 24.0kg and is powered by a 25.2 V-12.0 Ah Lithium-Ion Battery, with a charging time of 4 hours.