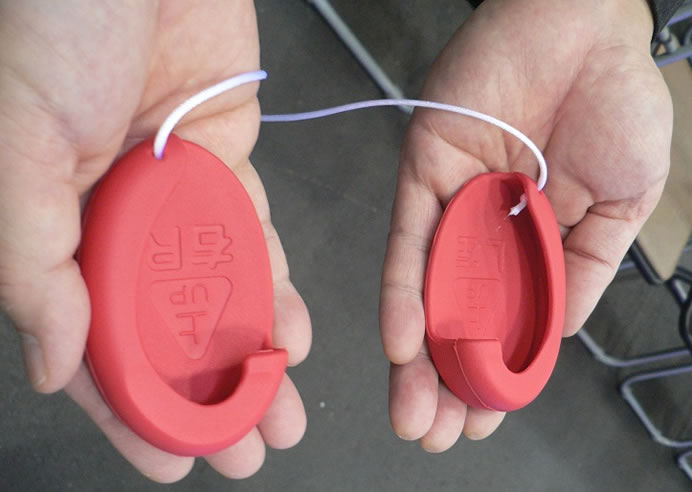 Chubu Design Research Center, Japan today announced the development of an ear cover-like hearing aid, “My Ears”. The hearing aid will help elderly people whose hearing ability has started to deteriorate to watch TV, etc. My Ears is made of urethane foam and looks like an ear cover for cold weather or headphones. It is hung from ears and does not require a power source. It covers ears and accentuates sounds with a frequency of 1,800 to 2,000Hz, which even elderly people can hear, by using a resonance phenomenon produced by covering the ears. 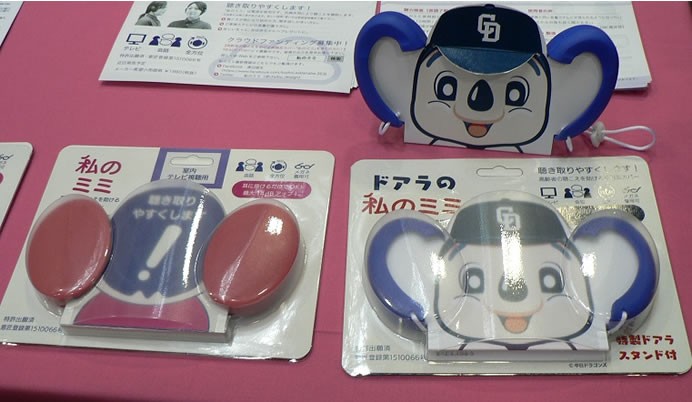 In an acoustic analysis conducted at Nagoya Institute of Technology, the hearing aid strengthened sounds coming from the front by 14dB and sounds coming from all directions by 11dB on average (increase in sound pressure). In general, the hearing ability of humans begins to significantly deteriorate for high frequency sounds (2,000Hz or higher) at an age of about 60 years. Chubu Design Research Center tested the effects of the hearing aid by using it two hours a day for a month with ten subjects. 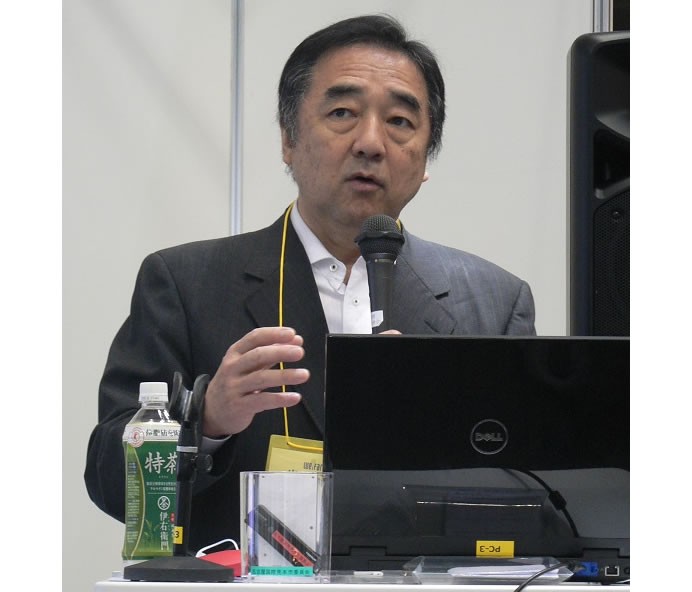 Though their pure tone hearing ability did not change, the “language understanding” of many of them improved not only when they are using the hearing aid but also when it is not being used. Chubu Design Research Center plans to sell the hearing aid at the Tokyu Hands stores, etc at a price of ¥1,980 (US$16). My Ears weighs about 13g for one ear.