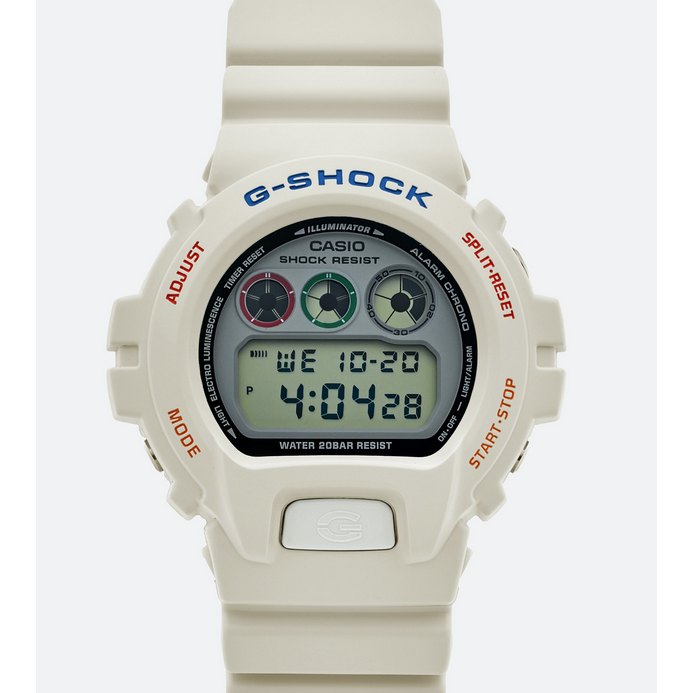 Casio America announced the release of the Casio G-SHOCK Ref. 6900-PT80 by John Mayer. Together with HODINKEE and designed in collaboration with the seven-time Grammy Award winning artist, John Mayer, this limited-edition timepiece takes nostalgic design cues from the decade that brought us big hair, acid wash jeans, and the Super Bowl Shuffle. The Casio G-SHOCK PT80 by John Mayer is one of the most iconic G-SHOCK timepieces currently in production.

The G-SHOCK DW6900 has developed a cult following over the last 26 years. Internationally, it’s the third most popular G-SHOCK watch ever as well as the top-selling model in Japan. But perhaps no previous DW6900 made as big a splash as when HODINKEE teamed up with its longtime friend and collaborator, the musician and watch collector John Mayer, on a special edition G-SHOCK last year. The best part is that all the colors used on G-SHOCK Ref. 6900-PT80 come directly from the original PT-80 keyboard.

Aesthetically, the collaboration timepiece features an off-white resin case and strap that feels modern, sporty, and fun. Bursts of bright colors indicate functionality; sunshine yellow for the Mode and Start/Stop indicators and tangerine orange for the Adjust and Split/Reset indicators. The G-SHOCK text at the top of the watch is a pleasing shade of periwinkle, adding a nice pop of color to the overall design. The DW6900 famously features a four-screen display, with three separate indicators in the upper half of the watch that have come to be known as the Triple Graph.

The DW6900JM21-7 measures 53.2mm in diameter, 16.3mm thick and holds a Japanese-made quartz movement. Functions include: 24-hour clock, a 1/100th stopwatch, a 24-hour countdown timer, a multi-functional alarm, flash alert, and EL backlight with Afterglow. The collaboration DW6900JM21-7 retails for $180 USD and is available for purchase. BUY at HODINKEE Shop.