Casio announced today the release of a new addition to its PRO TREK Smart series of wrist devices for outdoor enthusiasts. The WSD-F20X is designed for those who enjoy outdoor winter activities such as skiing and climbing. With the WSD-F20 as its base model, the WSD-F20X has a watchband that can be switched for more convenience for each situation or scene. The watch comes with two types of watchband: an extra-long cloth band that allows the watch to be worn even over a thick winter jacket, and the regular-length urethane band for activities requiring lighter clothing. 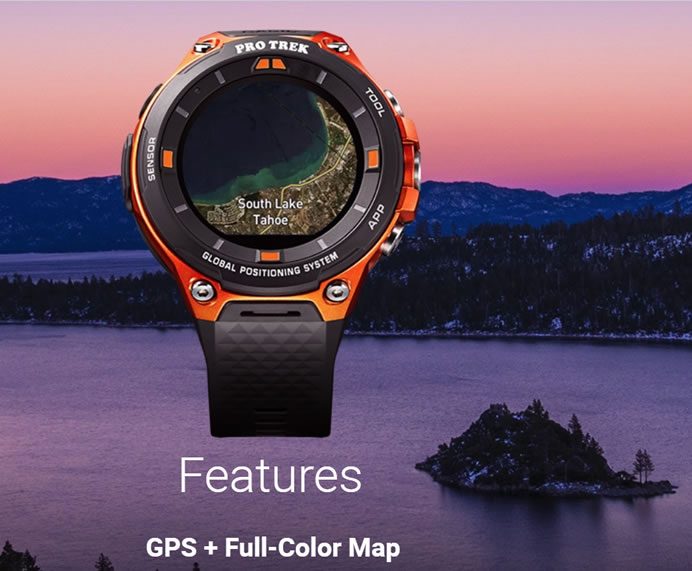 Like its base model, the WSD-F20X features low-power GPS and color map functionality that can be used offline. By downloading maps in advance, the user can check their current location using only the watch. When skiing or snowboarding, the Snow mode of the Activity app lets the user see the course and maximum speed of each run, allowing maximum enjoyment of every trip down the hill. 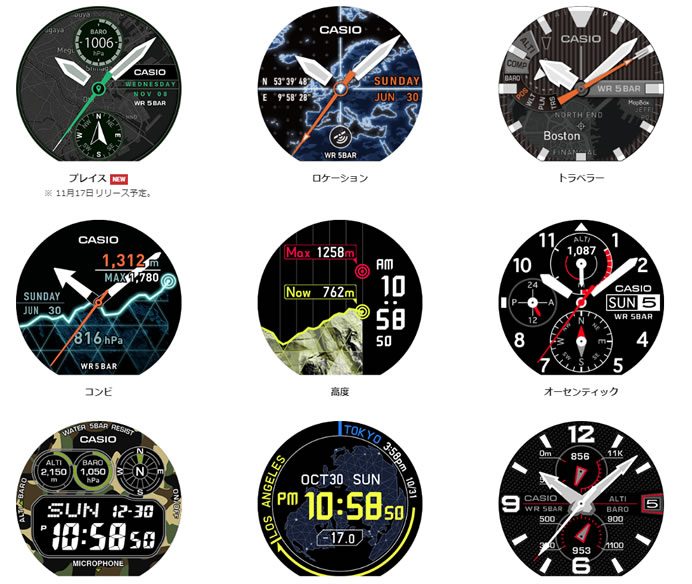 A newly-designed watch face called “Place” has been added to the lineup of interchangeable watch faces. When the watch is used to select an event with a location from the user’s Google Calendar, a map of the destination will appear in the background of the analog-style watch display. Of course, the current location can also be shown. Black was adopted for the main body and bezel, while green, the brand color of PRO TREK, was used as an accent color for the hour indicators.

The round windows at the 12 and 6 o’clock positions represent complications made possible by Android Wear devices. The user can customize the information appearing on the watch face, such as altitude, atmospheric pressure, and battery level, as well as data from Google or third-party apps. The “Place” watch face is scheduled for release at the same time as the WSD-F20X, and it can also be installed on the existing model, the WSD-F20.