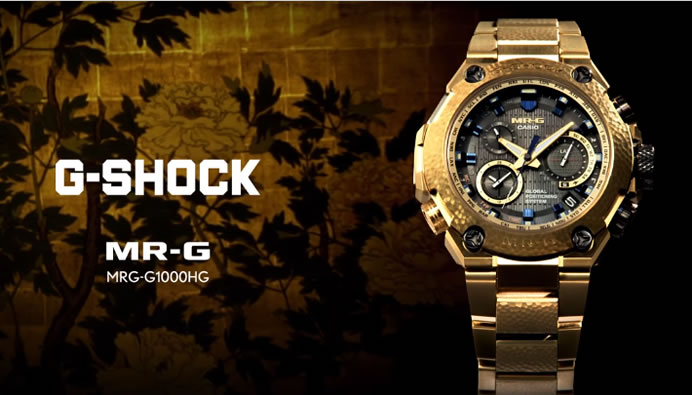 Casio announced today the release of a 20th anniversary model to commemorate the original launch of its flagship MR-G series in the G-SHOCK line – the MRG-G1000HG. Casio MR-G series offers the ultimate in tough watch design. It combines a sense of quality evoked by finely finished titanium with the distinctively solid feel of G-SHOCK, which conveys its shock-resistant performance. Casio designed the new limited edition MRG-G1000HG employing gold and indigo design elements, which have been widely used in traditional Japanese artwork and architecture. A limited edition of 300 watches will be sold worldwide. 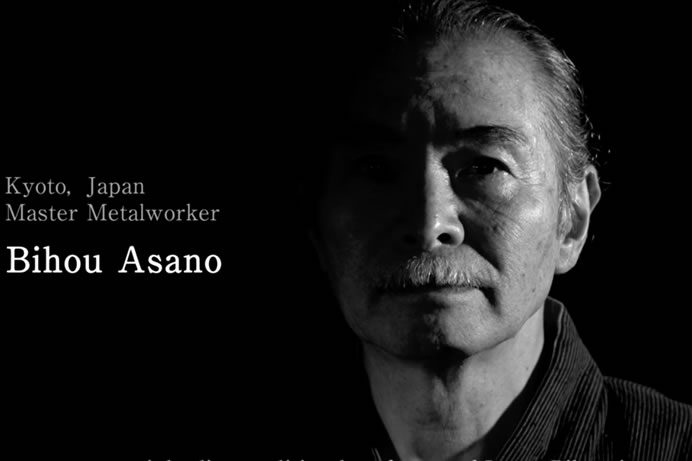 In order to realize the MR-G concepts of extreme toughness and highly refined elegance, Casio chose tsuiki (tsuiki is a metalworking technique by which a sheet of metal is hammered out thinly into a three-dimensional shape), a traditional Japanese metalworking technique that combines high degrees of both practicality and beauty. The bezel and the center row of the band on each watch are finished by Bihou Asano, a third-generation master tsuiki artisan. He applied the traditional hammered treatment to each piece, giving the final product a profound sense of originality. Bihou Asano was born in 1943 into an old Kyoto family of tsuiki metal hammering masters. 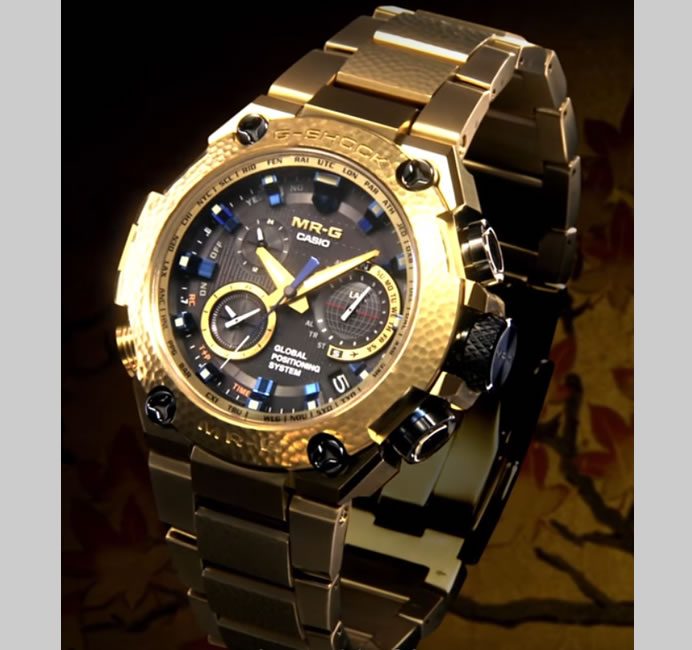 Embodying the beauty of Japan, the new model features gold and indigo design elements, enjoyed by the Japanese since ancient times and found extensively in Japanese artwork and architecture. The watch is splendidly finished using cutting-edge technologies. The gold ion plating on the bezel, case, band, and back cover was applied after deep-layer hardening, while the indigo accents were rendered using a blue diamond-like carbon (DLC) finish.

Casio also gave the MRG-G1000HG outstanding technical specifications worthy of a 20th anniversary model. This status is denoted by a metal plate at the 10 o’clock position engraved with “20th LIMITED” and a serial number engraved on the back case. The new limited edition MRG-G1000HG comes with an advanced timekeeping system that receives both Global Positioning System (GPS) satellite signals and radio wave time-calibration signals, and features Dual Dial World Time, which displays times in two cities simultaneously. 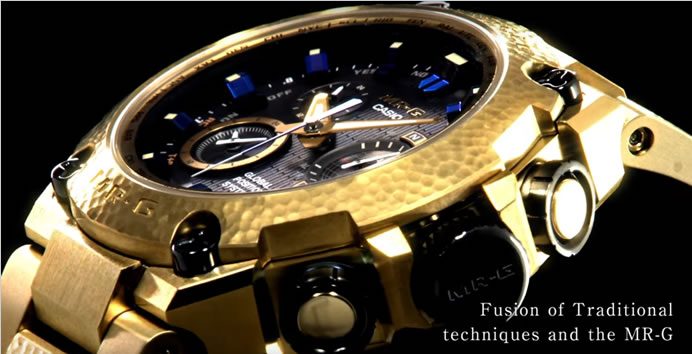