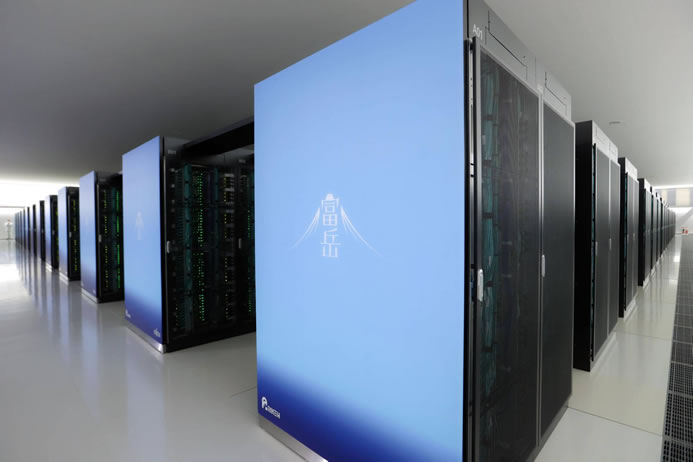 Fugaku, a supercomputer jointly developed by RIKEN and Fujitsu, was ranked No. 1 in the 58th TOP500 list of the world’s supercomputers. The ranking marks the first time in nine years that a Japanese supercomputer has captured the top position. The supercomputer, named Fugaku after Mount Fuji, also took the No.1 position in the international ranking HPCG (High Performance Conjugate Gradient), which measure the processing speed of the conjugate gradient method often used in practical applications including in the field of industry, and in the ranking of HPL-AI, which measures the performance of low-precision computing often used in AI such as deep learning.

The record achievement indicates the overall high performance of Fugaku and its significant contribution to make Society 5.0 a reality, leading Japan’s growth and producing world-leading results by solving social and scientific issues in the 2020s. Fugaku jointly developed with Fujitsu at the institute’s facility in Kobe, forms a key foundation for powerful simulations used in scientific research and the development of industrial and military technologies.