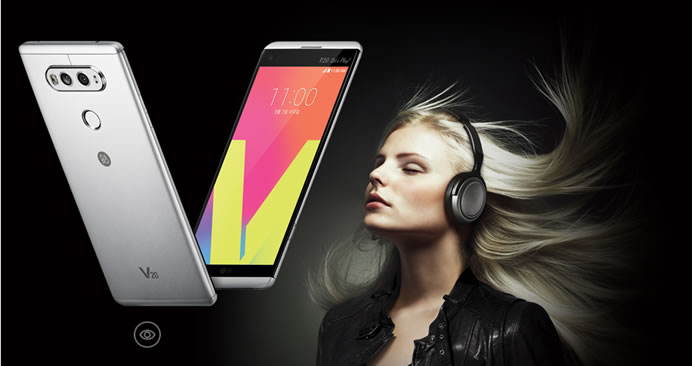 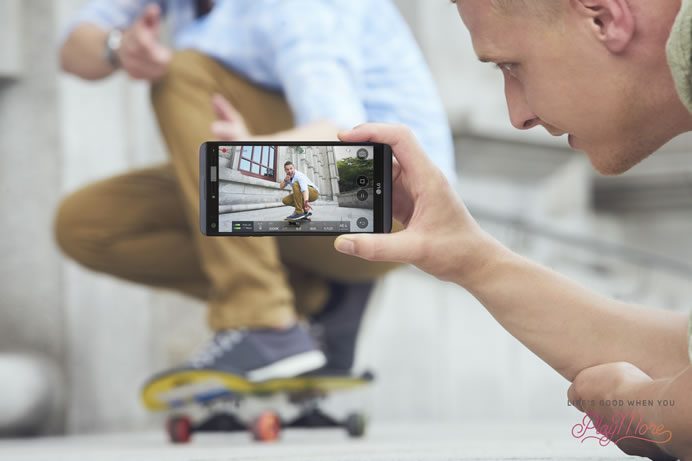 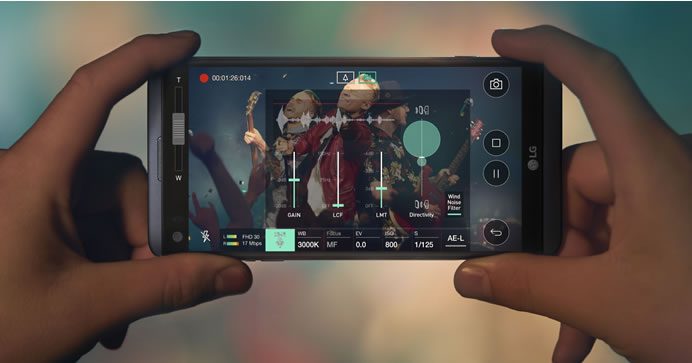 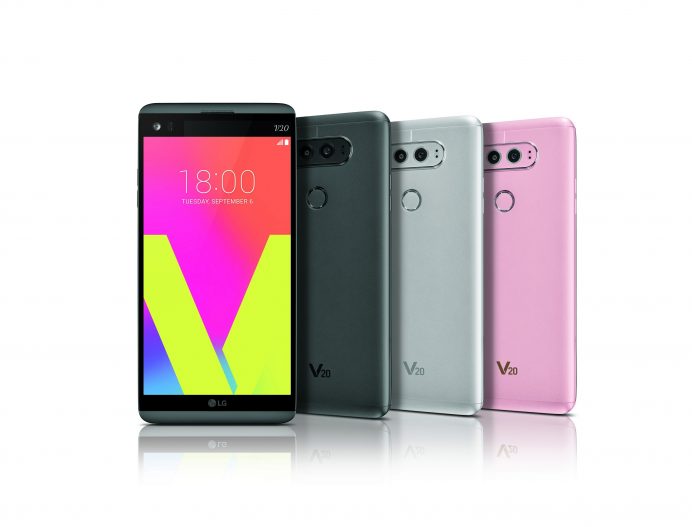 The LG V20 is the world’s first smartphone to feature a 32-bit Hi-Fi Quad DAC, powered by ESS Technology, designers of high-performance audio products. Powered by ESS SABRE ES9218, the Quad DAC in the V20 delivers clearer sound by minimizing distortion and ambient noise by up to 50 percent. With 75-stage fine volume and L/R balance controls as well as support for lossless music formats including FLAC, DSD, AIFF and ALAC, the V20 delivers high-quality sound to any pair of earphones. 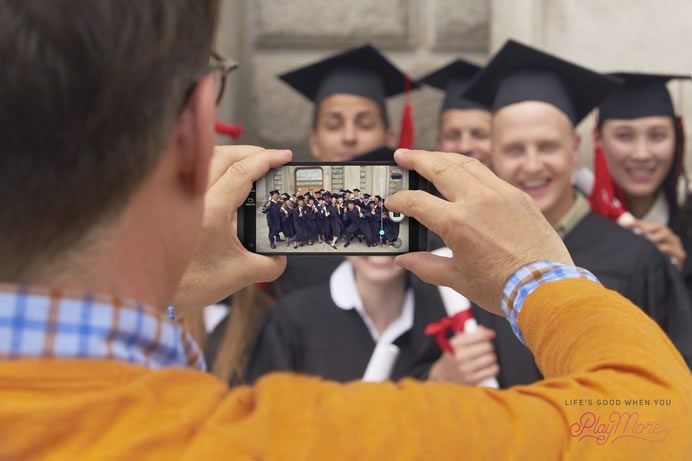 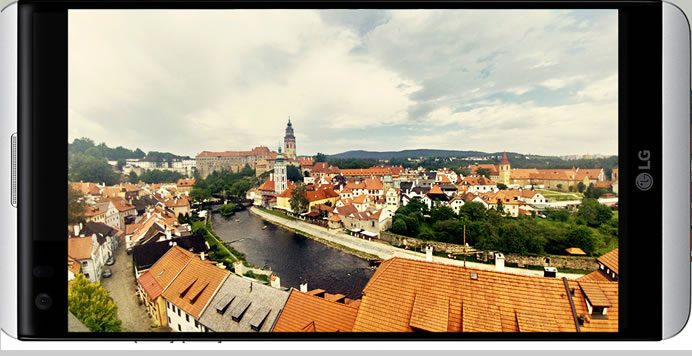 The 5MP front camera with a 120-degree lens expands the selfie experience to take bigger pictures with even more friends. The 8MP rear camera with its 135-degree lens is perfect for taking pictures in front of a gorgeous vista or inside a gigantic stadium. The large aperture standard angle lens captures sharp images at a maximum of 16MP with its 75-degree lens. A fast and stable auto focus is delivered in any environment by integrating three AF mechanisms – Laser Detection AF, Phase Detection AF and Contrast AF – for both videos and photos. The V20 determines if LDAF or PDAF is best for a particular shot and then refines the focus with Contrast AF. 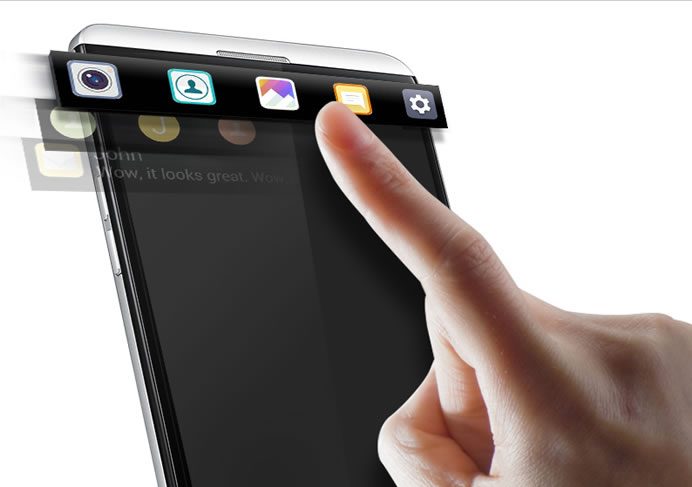 The popular Second Screen feature that was first introduced on the V10 has improved in visibility. With double the brightness and 50 percent larger font size compared to the V10, the smaller display located above the main display allows users to easily view notifications and alerts in outdoor situations at a glance. Now with the Expandable Notifications feature, users can tap a button on the Second Screen to enlarge notifications in order to check long messages at a glance and quickly send a reply or share information. 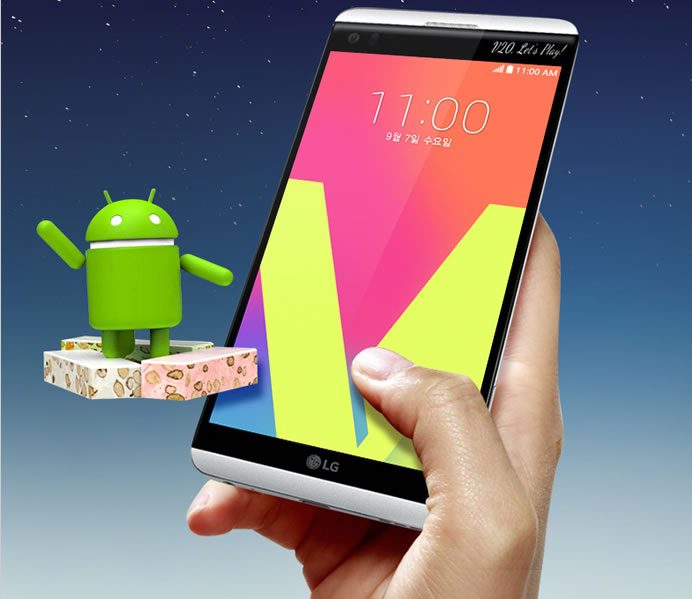 To achieve both a sophisticated look and solid durability, LG uses lightweight aluminum, together with a new silicon-based material. AL6013 metal, found in aircraft, sailboats and mountain bikes, was selected to cover the back of the phone due to its sturdy but light properties. If dropped, the top and bottom of the phone are protected from damage by Silicone Polycarbonate (Si-PC). The LG V20 will be available in Korea starting this month followed by other regions. Information regarding other markets and launch dates will be announced locally in the weeks to come.