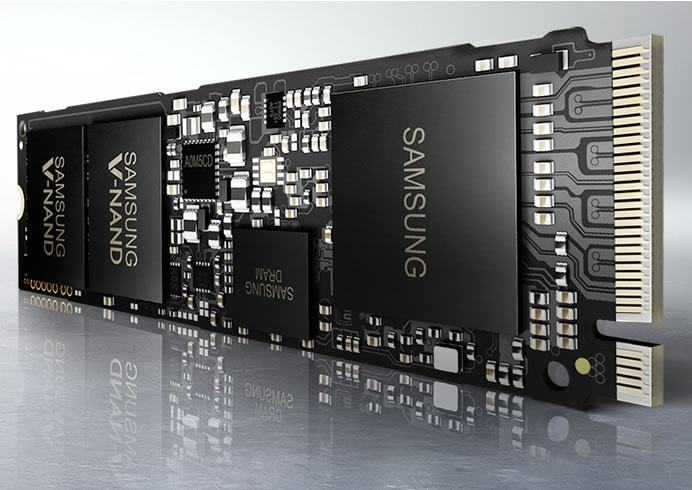 Samsung today announced the introduction of the Samsung 950 PRO solid state drive (SSD), designed to meet the demands of high-performance consumer and business laptops and PCs. The drive’s M.2 form factor means that users with ultra-slim notebook PCs and workstations can benefit from industry-leading storage endurance, reliability and energy efficiency. 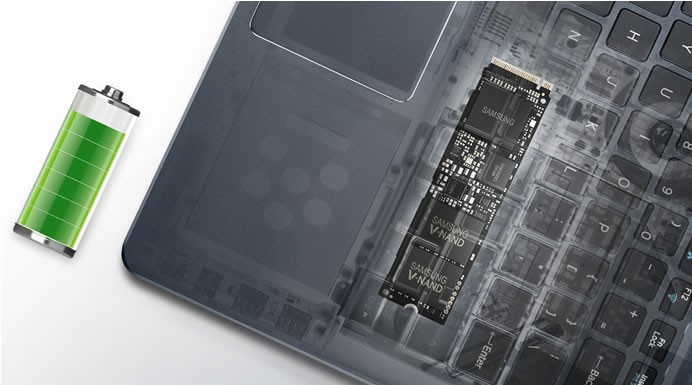 With the introduction of NVMe, the first protocol optimized for SSDs, users of the Samsung 950 PRO will benefit from improved performance and power saving which can help increase battery life and potentially reduce operating costs. The drive is ideal for professionals who want cutting-edge performance, higher bandwidth and lower latency from their high-end PCs and workstations, for projects such as computer-aided design, data analysis and engineering simulation. 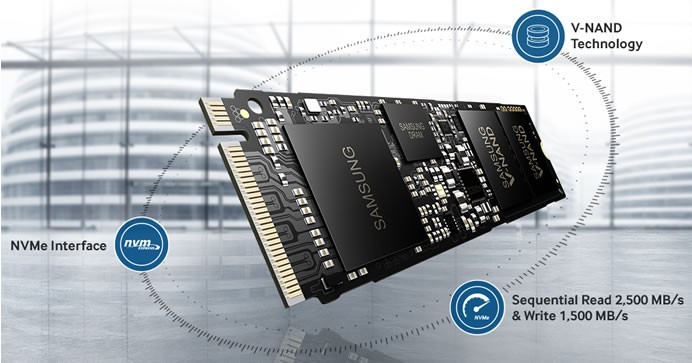 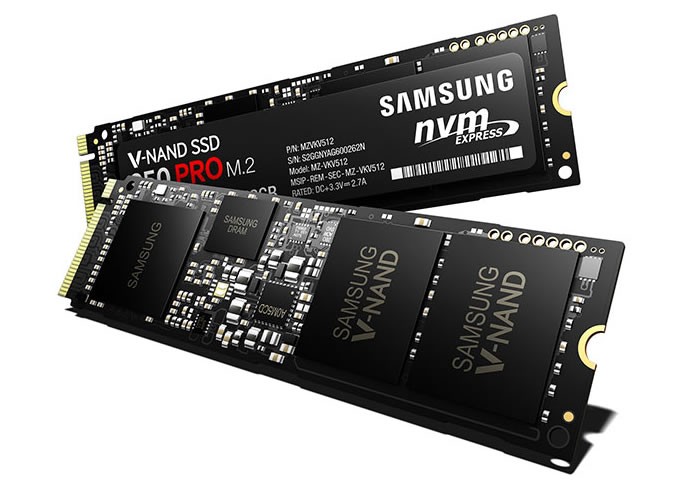 The Samsung 950 PRO will be available in 512 gigabyte (GB) and 256GB storage capacities. The 512GB version delivers sequential read/write speeds of up to 2,500 MB/s and 1,500 MB/s. Random read performance is up to 300,000 IOPS, with write speeds of up to 110,000 IOPS. It features Samsung’s second generation MLC V-NAND 32-layer 128Gb die with UBX controller and magician software. The drive is built to last, with AES 256-bit Full Disk Encryption to protect data and Dynamic Thermal Guard, which can protect the device and data in inclement weather from 0 to 70 degrees Celsius. It can also withstand physical shock of up to 1500G/0.5ms and vibrations up to 20G.

The Samsung 950 PRO SSD is Samsung’s first consumer-ready Non-Volatile Memory Express (NVMe*) M.2 form factor SSD with vertical NAND (V-NAND) technology; supporting the Peripheral Component Interconnect Express (PCIe) 3.0 interface. Both capacities come with a 5-year limited warranty up to 200 terabytes written (TBW) for the 256GB and 400TBW for the 512GB. The 950 PRO will be available beginning in October 2015, with an MSRP of $199.99 for the 256GB capacity and $349.99 for the 512GB capacity.