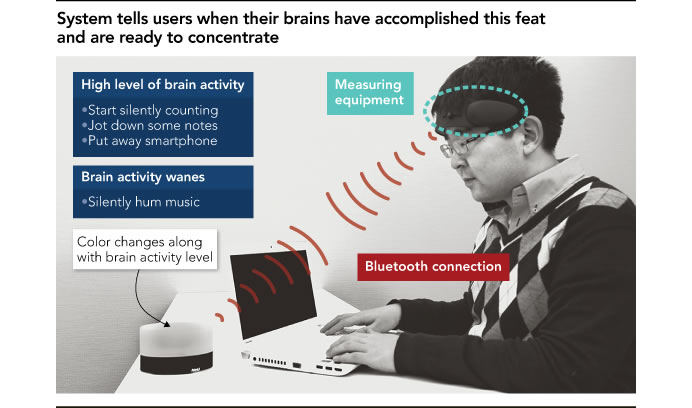 A prototype system being developed by a Tokyo startup NeU, could soon show you just how much a person’s gray matter is being engaged. The information technology venture NeU is a company set up through investment from Hitachi High-Technologies and Tohoku University in northeast Japan. The prototype product, visualizes” levels of brain activity with a system of differing colored lights, helping people find out how and when they are most productive. The prototype system comprises an oval-shaped headset that gauges activity in the dorsolateral prefrontal cortex — the part of the brain that controls memory and learning. 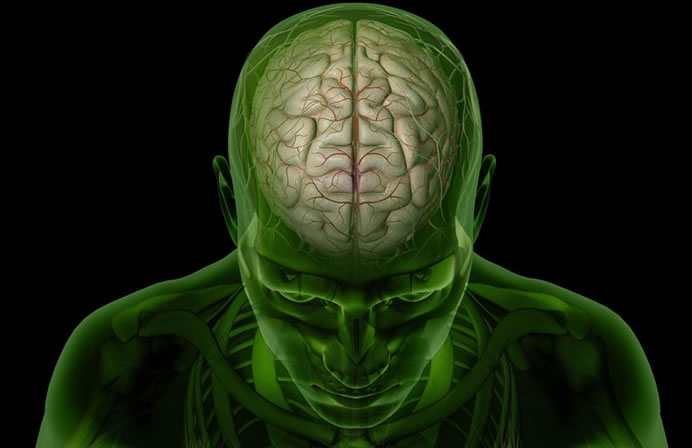 The device then sends data via Bluetooth to a small box that emits different colored lights according to the level of activity — red for when the brain is most active, followed by orange, yellow, green and blue as the activity wanes. It can also represent the changes using sounds. Higher levels of activity signify enhanced concentration and retention, and hence increased efficiency. The headset weighs about 125 grams and the light-emitting device is smaller than a box of tissues, making the whole system easily portable.
NeU’s in-house tests showed that users tended to experience greater concentration levels when they were taking notes rather than just listening to a class. In some cases, the brain became more active when users had tidied their desks and put away their smartphone. The method is used in the rehabilitation of patients whose limbs have been paralyzed by stroke. NeU plans to develop a number of applications using the equipment, all incorporating research findings from Tohoku University. One option being considered is a brain-training service for Japan’s growing numbers of senior citizens. The company plans to start testing the system in December, with the aim of commercializing it in autumn 2018.
Source:-