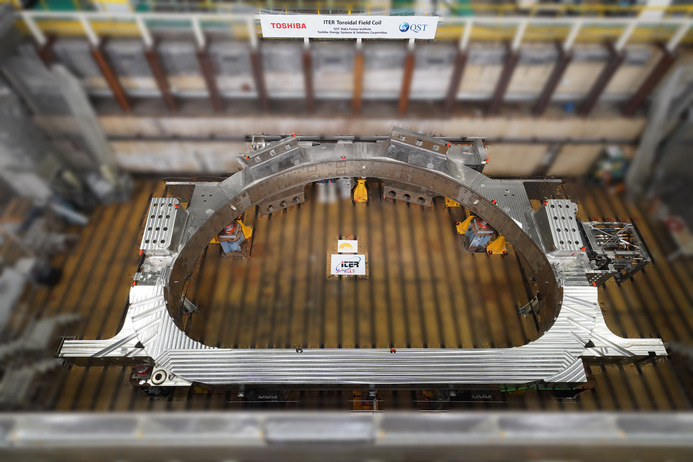 Toshiba Energy Systems & Solutions (Toshiba ESS) announced today that it has completed its first manufacturing of toroidal field coils for ITER. ITER is a thermonuclear experimental reactor under construction in Saint-Paul-lez-Durance, France, that will be used to perform a scientific and technological feasibility study of nuclear fusion energy, which is expected to be one of the future energy sources. Seven countries, Japan, European Union, United States, Russia, China, South Korea and India are taking part in this project.

Nuclear fusion energy generates electric power by utilizing the heat generated from the reactions of atomic nuclei fusing together. This is the “dream energy” known as “the Sun on the Earth” because it can create large-scale power generation using massive amounts of heat energy similar to what happens inside the sun. Nuclear fusion reaction generates the energy through fusion of the atomic nucleus, so it does not create high-level nuclear waste or CO2. Because of this, it is expected to be the next generation of energy that can contribute toward controlling global warming.