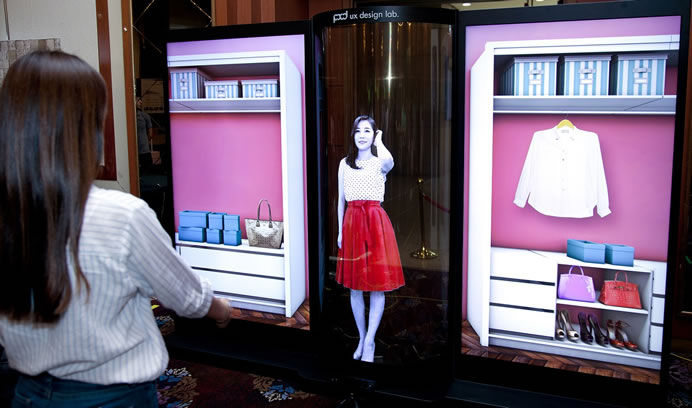 LG Display has developed the world’s first 77-inch flexible and transparent OLED display, the company announced today. The 77-inch flexible and transparent OLED display boasts an Ultra HD (UHD) resolution of 3840×2160 with 40% transparency and 80 radius of curvature. The display can be used for various areas, including digital signage, smart desk, infotainment system for automobiles, augmented reality and aquarium. The panel can be rolled up to a radius of 80mm without affecting the function of the display. 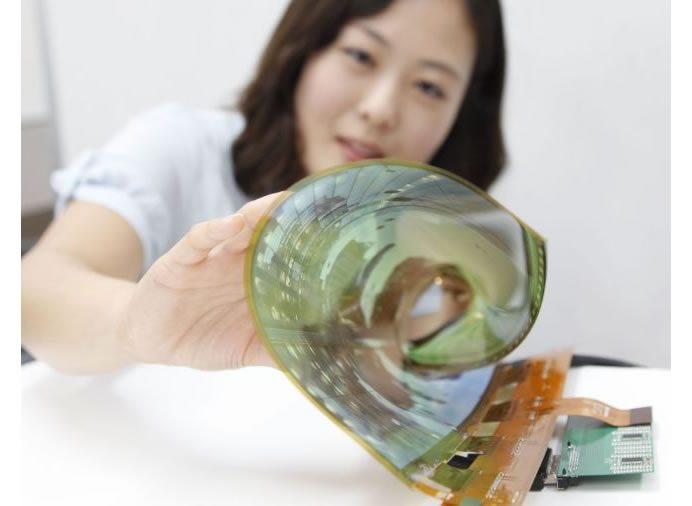 LG unveiled some applications, including a smart desk and an augmented reality aquarium, utilizing the large flexible display at the event. LG Display had developed the world’s first 18-inch flexible OLED and 18-inch transparent OLED in 2014, 18-inch rollable display in 2015 and 55-inch transparent display with a penetration ratio of 40 percent in 2016. LG did not unveil when to commercialize it.