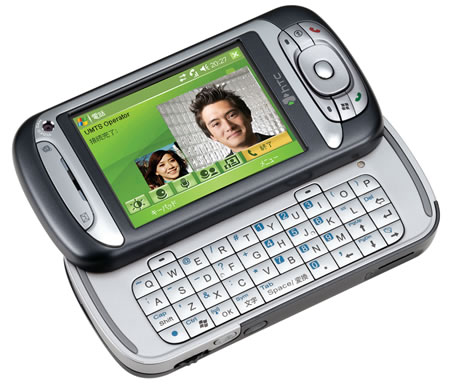 HTC and Cingular Launch First Tri-band 3G PDA Phone in the US: Cingular 8525

High Tech Computer Corp. (HTC), the world’s leading provider of Microsoft Windows Mobile -based devices, today unveiled its most versatile PDA Phone to date: the Cingular 8525. The device is the first PDA Phone to be released in North America with High Speed Downlink Packet Access (HSDPA), which allows users to perform voice and data functions simultaneously. In addition, the Cingular 8525 is the first HSDPA PDA Phone with tri-band 3G usability and can roam in the US, Europe, and Asia (including Japan). The Cingular 8525 is the first tri-band HSDPA 3G Microsoft Windows Mobile 5.0- based PDA Phone, which, with its compact size and ultimate connectivity, is truly the complete mobile office solution. Users can utilize the device’s wireless broadband access, Bluetooth and Wi-Fi, to access corporate or personal e-mail.

While the Cingular 8525 is great for business, it also features the latest in Windows Mobile software and technology to let users shoot videos and still pictures – allowing people to send memories when they happen and stay connected to those who count; as well as listen to music, talk with friends via all major Instant Message platforms, or watch streamed mobile videos. The Cingular 8525 PDA Phone will be available in the U.S. from Cingular Wireless beginning November 16 for as low as $399.99 with a two-year contract and qualifying voice and data plans.