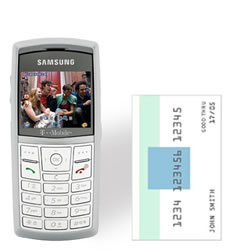 The stylish and super-slim Samsung Trace measures an incredible 6.9 mm thickness, even thinner than the Motorola RAZR, Motorola SLVR, and the Samsung T509.