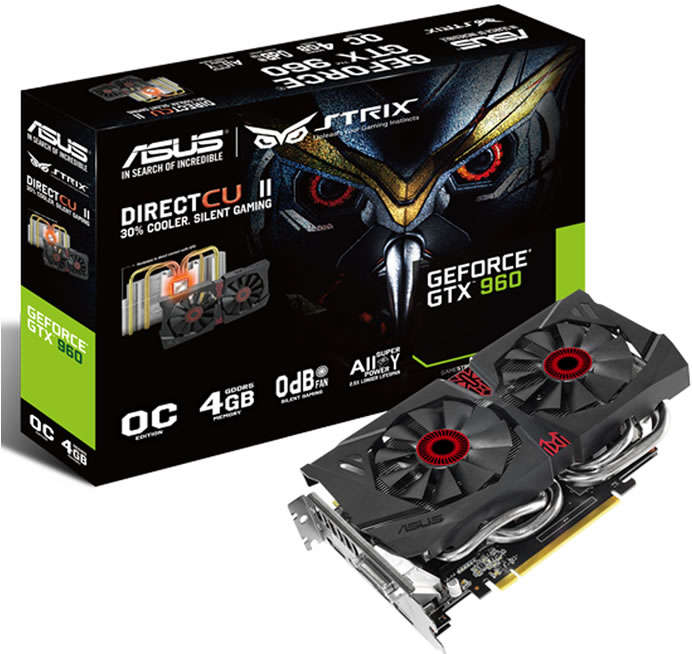 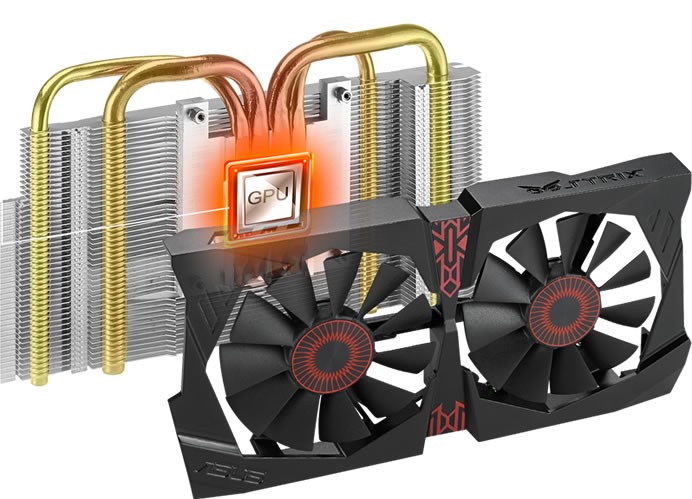 The outperforms reference designs with an exclusive 10mm heatpipe that transports 40% more heat away from the GPU — a first for the industry! The design also includes 220%-larger heat-dissipation: this means performance that’s 30% and three-times (3X) quieter than reference for ultra-stable hardcore gaming with very low noise. And Strix ups the ante still further with 0dB fan technology that lets users to enjoy games like League of Legends and StarCraft in complete silence — because the fan stops completely when the GPU temperature remains below a set level.

The new Asus Strix GTX 960 4GB Graphics Card features feature exclusive Asus Super Alloy Power components and backplate design for enhanced durability and cooling, and GPU Tweak with XSplit Gamecaster for overclocking and online streaming that’s as simple as it is flexible. The brushed aluminum blackplate keeps the rear-side GDDR5 memory chips cool and protect the PCB. On the back are three DisplayPort 1.2, one HDMI 2.0 and one dual-link DVI port. It’s powered via a single 6-pin PCI-Express power connector that has white/red LEDs to indicate whether the plug is installed correctly. 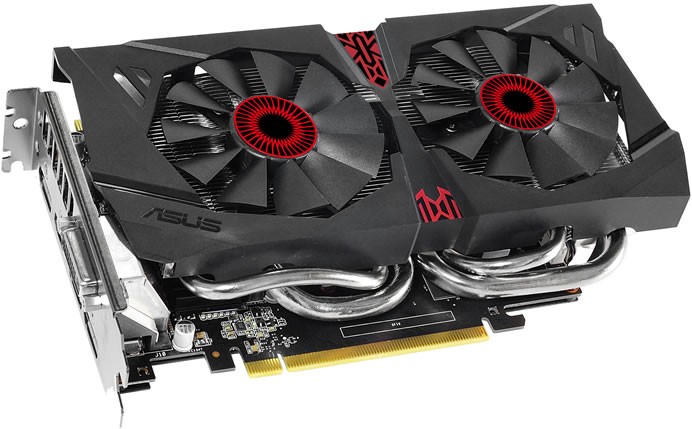