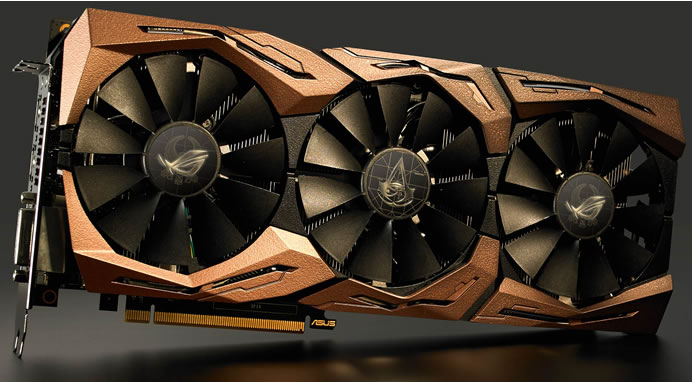 Asus Republic of Gamers designers have created a special edition of ROG Strix GTX 1080 Ti graphic card to celebrate the release of Ubisoft’s Assassin’s Creed: Origins. ROG is producing a limited run of 500 cards sandwiched by a custom shroud and backplate that echo the game’s ancient Egyptian setting. The ROG Strix GTX 1080 Ti with an updated heatsink, unique cooling features, and extensive RGB lighting, is one of the most advanced graphics cards around. 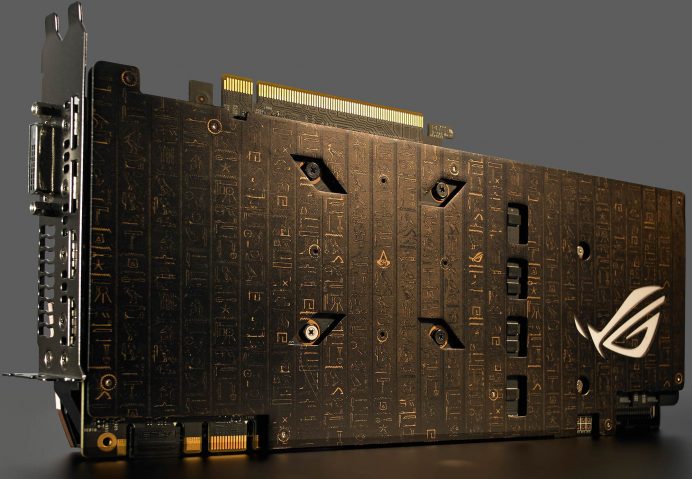 Copper tones dominate the limited-edition shroud crowning the massive 2.5-slot cooler. The Strix 1080 Ti’s new heatsink design has 40% more surface area than the previous generation, and its flatter MaxContact base improves thermal transfer from the GPU. Add three wing-blade fans with custom decals, plus the ability to add two more fans via onboard FanConnect headers, and the new Strix GeForce GTX 1080 Ti Assassin’s Creed Origins Edition is ready to run cool even in the sweltering desert heat. 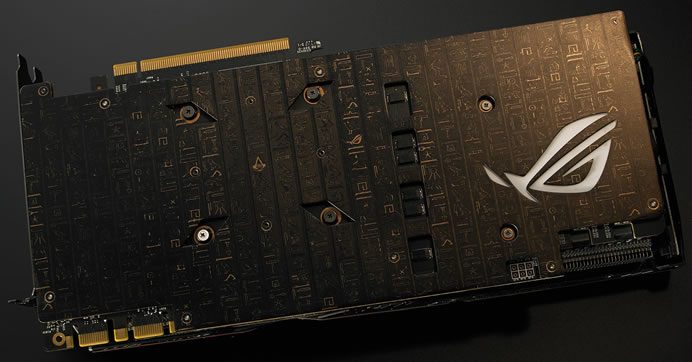 The bespoke backplate is covered by an intricate pattern of hieroglyphs with subtle nods to not only the Assassin’s Creed franchise, but also the Republic of Gamers. It catches the light beautifully without any RGB assistance. But there’s plenty of Aura Sync, too; subtle highlights illuminate the backplate and cooler, while a header for RGB strips lets you extend the glow across your entire chassis. All of the lighting can be synchronized with other Aura Sync components, from Z370 motherboards to our Strix Magnus microphone. 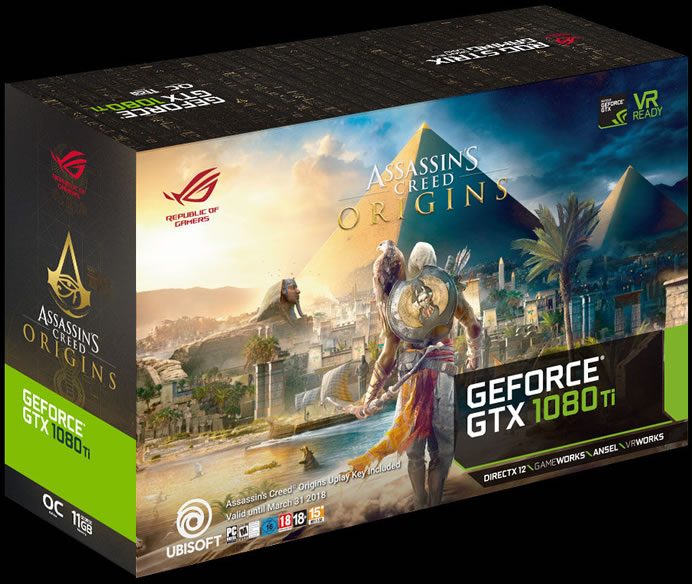 Under the Origins-inspired motif lies the same GeForce GTX 1080 Ti GPU and 11GB of GDDR5X memory as the standard Strix. The 1708MHz boost clocks in OC mode are identical. Overclocking takes only a few clicks in our GPU Tweak II software, which also provides extensive control over fan speeds for the onboard spinners and FanConnect headers. The Strix GeForce GTX 1080 Ti Assassin’s Creed Origins Edition comes with a Uplay code for the game along with exclusive box art. This exclusive package will be available only in North America, Taiwan, and the EMEA region starting November 15. 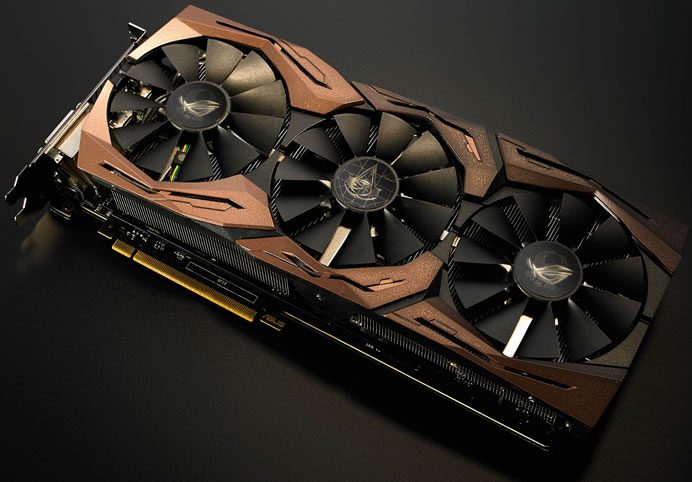