The new ROG MARS II picks up where previous graphics card powerhouses from ASUS ROG left off, and continues the legacy of the finest hardware for hardcore gamers. The limited-edition card is built on twin NVidia GeForce GTX 580 GPUs and a mammoth 3GB of GDDR5 video memory, with a proprietary ROG design that combines extreme cooling and extensive tuning facilities that cater to the most demanding power user. It also offers colossal pixel-pushing output that is unmatched by any graphics card.
The super-powered Asus ROG MARS II reaches new peaks of performance — it runs 22% faster than a reference GeForce GTX 590 and offers tremendous potential. The ROG MARS II has so much power it will be able to easily run all native DirectX 11 games in resolutions higher than 1080p and detail settings at their maximum levels. 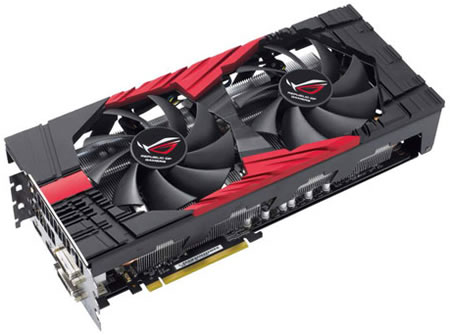 The ROG MARS II has twin 120mm fans that move up to 600% more air than the reference GeForce GTX 590 design, yet still remain quiet even under stress. Asus has also incorporated a Turbo Fan button on the card itself, allowing users to instantly switch the fans to 100% speed, regardless of driver settings. This feature proves very useful in overclocking situations where heat is a factor, as does the solid aluminum shroud that conducts heat away much more efficiently than the materials used in generic graphics cards. 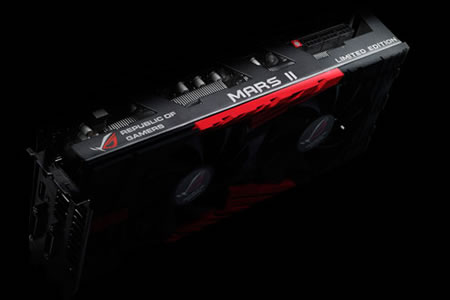 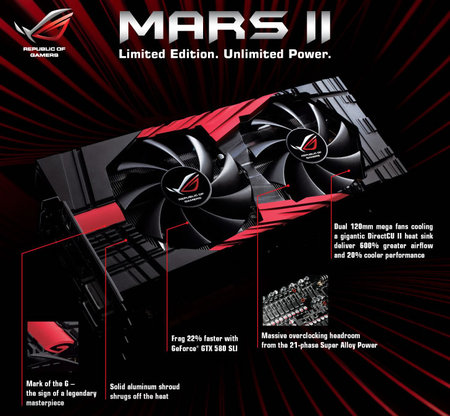