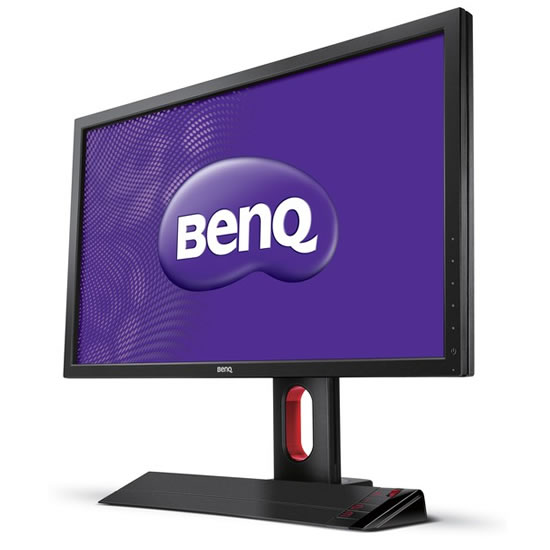 BenQ announced today that it would be expanding its professional gaming monitors, the XL Series, with the launch of the new XL2720T. Built upon the advanced technology of the XL Series — featured during the Intel Extreme Masters Season 6 and 7 — the XL2720T now comes equipped with a stunning 27″ large view display, while partnering with the monitor’s 120Hz and blazing-fast 1-ms response time to ensure an incredible gaming experience. The monitor also comes packed with advanced custom settings, such as BenQ’s Black eQualizer, Display Mode and Smart Scaling to give players a competitive edge. Coming with dual HDMI ports, the XL2720T is engineered to provide Full HD connectivity with all kinds of peripheral and console devices, including but not limited to the PS3, XBOX, Blu-ray players, PCs and cameras, allowing gamers to enjoy their digital entertainment effortlessly.

The XL2720T is certified as NVidia 3D Vision 2 ready, and provides gamers with full HD 3D gaming and stereoscopic entertainment experiences like never before. The BenQ XL2720T comes with the NVidia 3D Light Boost technology for up to twice the original screen brightness. Debuting in Intel Extreme Masters World Championship Season 7 (March 5-9) in Hanover, Germany, the new XL2720T gaming monitor will be available in Europe followed by a launch in the United States shortly after.