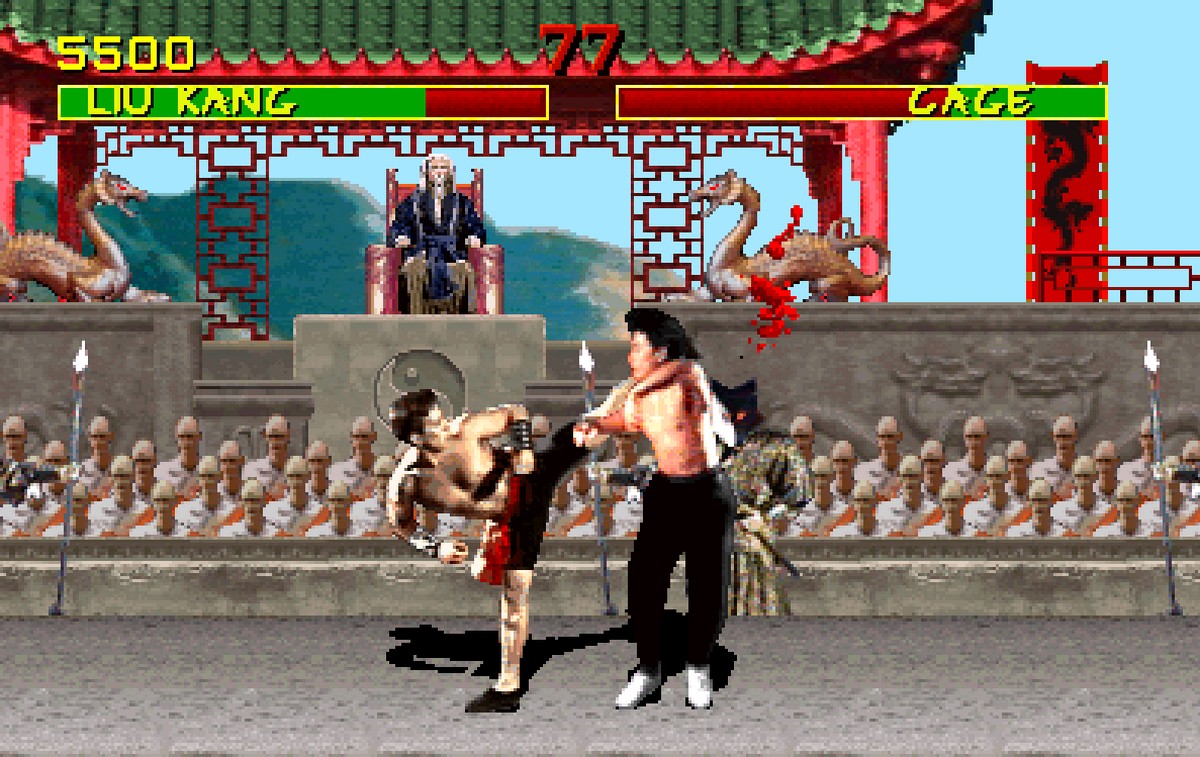 It’s a debate that’s raged across the internet for decades. Which is truly the greatest of all the fighting games? Is it Capcom’s ‘Street Fighter’ or Midway’s ‘Mortal Kombat?’ Each series of games has stood the test of time and fought off all the contenders to the throne. ‘Virtua Fighter’ and ‘Toshinden’ came and went. ‘Tekken’ has held its ground for many years, but it still isn’t on the same level. ‘Street Fighter’ and ‘Mortal Kombat’ have been around for so long now that parents watch their children play the games wistfully, remembering when they were young and they, too, played the games.

There probably isn’t a right answer to the question. Although both games invite players to beat their opponents senseless until they’re no longer able to stand and defend themselves, and both games feature characters who possess supernatural powers, stylistically they’re very different. ‘Street Fighter’ has always – with the exception of when it became an incredibly bad movie – had a cartoonish style of presentation that comes from Japanese anime. ‘Mortal Kombat,’ by contrast, is more visceral and a whole lot darker. ‘Street Fighter’ games are considered to be suitable for children. ‘Mortal Kombat’ games are most definitely not.

Although we’ve said there isn’t a right answer to the question, we could have come one step closer to settling the argument had Capcom not decided to turn down a surprising invitation from Midway – now known as ‘NetherRealm Studios’ – to join forces for ‘Mortal Kombat 11.’ Fans of the games have long dreamed of a crossover game, where characters from one world could battle the characters of the other. We could have seen Ryu against Scorpion, or Blanka against Shang Tsung. Much to our frustration, we’ve now found out that Capcom considered the possibility, and then turned the chance down.

For some reason, even though the eleventh ‘Mortal Kombat’ game has been out for a while now, this information is only reaching the internet now. It’s taken us by surprise. Capcom has never previously been shy of co-operating with other developers, or even other entertainment properties. We’ve played and loved ‘Capcom vs. Marvel’ in the past, and Japanese fans were enthralled by ‘Capcom vs. Tatsunoko.’ Capcom even licensed ‘Street Fighter’ to mobile slots developers. The official ‘Street Fighter II’ slots game is one of the most popular mobile slots based on video games ever to hit virtual casinos. So why would it be the case that Capcom would allow mobile slots players to mix it up with their creations, but not ‘Mortal Kombat’ players? Could it be that Capcom just doesn’t want videos being released if their characters being ripped apart by the monsters of the ‘Mortal Kombat’ world? If the company is to be believed, that has nothing to do with it.

Yoshinori Ono, the lead producer of the ‘Street Fighter’ games at Capcom, has confirmed the reports that Capcom turned the chance down, but was keen to stress two things. Firstly he wanted fans to know that he didn’t personally make the decision to say ‘no,’ and secondly, he wants them to know that the decision was one about style, not about any resentment or distaste for ‘Mortal Kombat.’ He says the ‘Street Fighter’ team doesn’t feel that the characters belong to the ‘Mortal Kombat’ world and that the two franchises aren’t compatible.

While we can see the sense in what he’s saying because of the differences between the games that we outlined earlier, we still feel a little short-changed that they took the decision without having a conversation with their fans first. There’s no reason why some of the ‘Street Fighter’ characters couldn’t have been re-designed or re-imagined to make them suitable for the ‘Mortal Kombat’ universe, and it would have been sure to be a big hit with fans. In fact, without wanting to sound like we’re going over-the-top with this, we think that had a collaboration between the two franchises been announced, it would probably have been one of the major video gaming events of 2019. Now we’ll never know what might have been.

Ono has kept the door slightly ajar to the possibility of looking at it again in the future, saying that Capcom is always open to collaborations if it ‘feels good’ to them. We have no idea why this didn’t really ‘feel good to them,’ because we’re keen players of both games and the idea feels fantastic to us! We’re surprised that NetherRealm made the offer at all, and we hope the rejection hasn’t put them off the idea of trying again next time around.

That ‘next time around’ may not be too far away. With a new ‘Mortal Kombat’ game having been released this year, it will probably be four or five years before we get to see the next installment in the series. The fifth ‘Street Fighter’ game, however, is beginning to show signs of age. Capcom has released all the downloadable content for it that they’re ever likely to release, and they briefly made the game free to download and play during the month of October. That suggests that they’ve accepted that there isn’t much more money or mileage to be made from it, and that the sixth ‘Street Fighter’ game will be on its way soon. We’d be surprised if it isn’t already in development.

If it is, and anyone from NetherRealm happens to be reading this, allow us to make a plea. Capcom said that their characters didn’t fit in your world. Do you think it would be possible to make yours fit into theirs? We’d love to see a more cartoonish version of the cast of ‘Mortal Kombat,’ and if it doesn’t happen in the next ‘Street Fighter’ game, then we’re going to be waiting several years before there’s any chance of it happening at all. Give the gamers what they want. Work together. Make something spectacular! We all missed out on what could have been the greatest crossover game in the history of video games this year, and we didn’t even know it had happened until now. Don’t put us through that again. Make Street Fighter vs. Mortal Kombat a reality!