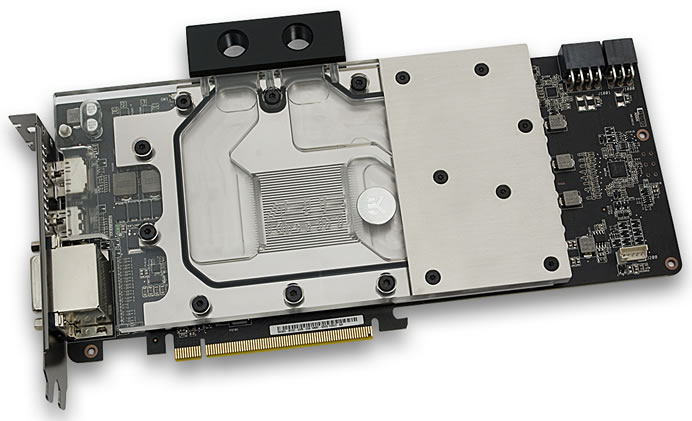 Block base of EK-FC R9-290X DCII water block is made of nickel-plated electrolytic copper – depending on the variant) while the top is made of quality cast acrylic material or POM Acetal (depending on the variant). Screw-in brass standoffs are pre-installed and allow for safe installation procedure. The cooling engine uses refined, 0.6mm wide microchannel structure to even further improve the heat transfer while not sacrificing the famous low hydraulic restriction design. 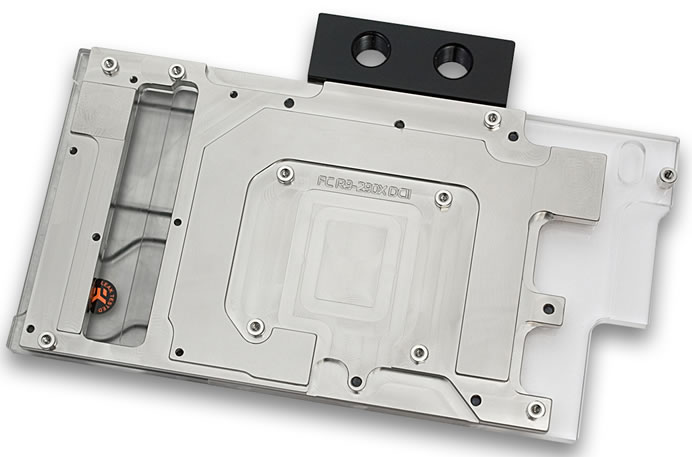 Up to four EK-FC R9-290X DCII series water blocks can be interconnected using various methods (EK-FC Terminal, EK-HD Tube & Adapter System or EK-FC Bridge CSQ – depending on the water block variant) which allows for hassle-free piping job. The product is available in a three variants, an aesthetic retention backplate is also available. Both ROG Matrix R9 290X and GTX 780 Ti water blocks are due for release by early May. 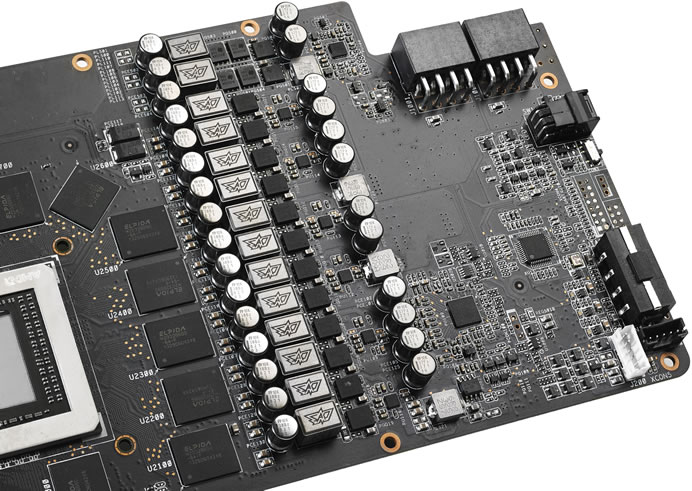