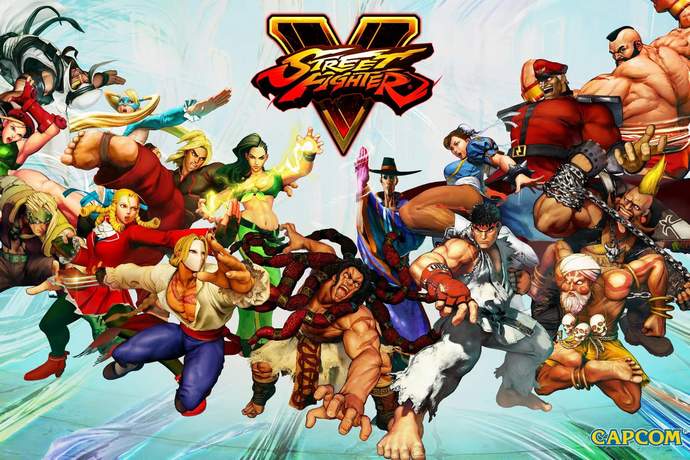 ‘Street Fighter’ is one of the most long-running success stories in gaming. Capcom first released it in 1987 as a side-scrolling kick-and-punch arcade game, starring Ryu as the main character and Ken as a second player if needed. Since then, the ‘Street Fighter’ franchise has grown to include several more core instalments, as well as a variety of spin-offs, crossovers, and other experiences.

Granted, ‘Street Fighter’ may have missed a few opportunities throughout its 35-year run to date –– like a crossover game with Mortal Kombat or perhaps an early foray into VR. But along the way, it has produced about as many truly satisfying experiences as any other franchise in existence.

One of the most beloved amongst gamers is Street Fighter II, a game that impacted the Beat ‘Em Up genre to such an extent at the beginning of the nineties it was hard to find someone who didn’t have a copy. Whilst there have been plenty of games since that is the one that stands out as influential, it even spawned a Hollywood film.

If you’ve recently discovered the game, or want to impress friends with some cool trivia, here are four things you probably didn’t know about Street Fighter 2.

Character Inspiration
Many of the characters are icons in their own right, but did you know at least two are inspired by famous fighters who have their own video games? Mike Tyson Punchout is called iconic by Bro Bible, mainly for the insane difficulty level. M Bison, or Balrog in the US, was heavily based on Tyson, with his name changed in some regions to avoid licensing difficulties. Another character, Fei Long, was inspired by one of the greatest martial artists: Bruce Lee. He first appeared in a video game in 1984, in the simply-titled Bruce Lee on the Atari. Even today, his name is enough to attract customers; there’s an online slot from Foxy Bingo simply titled Bruce Lee, which uses his imagery and simple name as the title. Nintendo couldn’t get away with calling their character Bruce Lee, hence Fei Long. Still, when you compare the images at Street Fighter Fandom to those from the online slot and 1984 game, it’s obvious who he is.

The Combo System Was Unintentional
Nothing was quite as satisfying as landing a combo move on your mates, but they weren’t part of the game’s design. The original Street Fighter had special moves you could complete but no manual on doing them. When Street Fighter II came out, it was decided if the moves were easier to do, the game would become more about skill, not luck. To make this a reality, the developers increased the frames between moves to make them simpler, but it had the effect of accidentally creating combos, which have since become a mainstay of the series.

It Was a Trendsetter in Female Representation
Very few games had ever featured a female protagonist, and Street Fighter II was one of the first to do so. Simply having a range of playable characters was unique; most fighting games had a generic move set that all characters used. However, in opening the roster up, Capcom gave themselves the opportunity to introduce the first female character in a Beat ‘Em Up: Chun Li. Even today, gaming’s ‘First Lady’ is revered amongst fans of the series. Technically, the first female protagonist in a fighting game was Yuki from Typhoon Gal, but it didn’t quite have the same commercial reach!

It’s Still Capcom’s Best-Selling Game
That’s right; it sold as quickly as any game had up until it was released. The franchise as a whole brought in $1.5bn by 1993, with revenues from arcade cabinets pushing that up to $2.3bn by 1995. The Super Nintendo version alone sold 6.3m (a million in the first two weeks of release in Japan), making it the best-selling software for a single platform the developer has ever released; it’s also second in the list of all developers, behind Resident Evil 5.