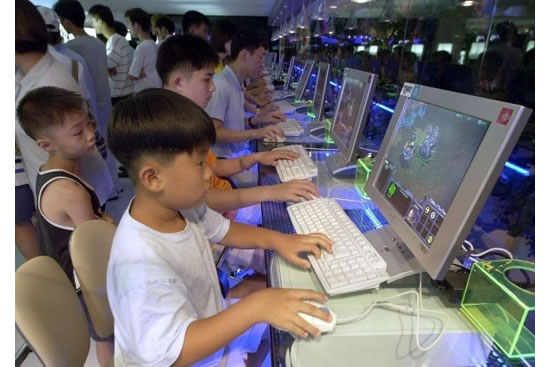 One out of every 10 Korean youngsters is addicted to the Internet and displays poorer comprehension, literacy and numeracy skills than peers who are not hooked, a recent study suggests. A team of mental health specialists led by Kim Dai-jin and Park Min-hyeon of Catholic University St. Mary’s Hospital in Seoul tested 389 high school students and 253 female junior high school students in Seoul to screen them for Internet addiction. The study found that 9.5 percent (61) were addicted. Korean youngsters became addicted to the Internet at the average age of 9.72, and 70 percent of those classed as addicts were hooked on online games. The researchers then compared the intelligence levels of 59 addicted youngsters with those of 43 who were not hooked.

They concluded that those who were hooked showed lower intellectual abilities. They scored 9.92 points in comprehension, as compared to 11.65 points for the non-addicted. The difference was even more pronounced among female junior high school students. Addicted ones scored 10.5 points, while their non-addicted peers scored 13. Differences were also seen in verbal skills, with those addicted to the Internet scoring 13 points, compared to 14.5 points for their non-addicted peers.