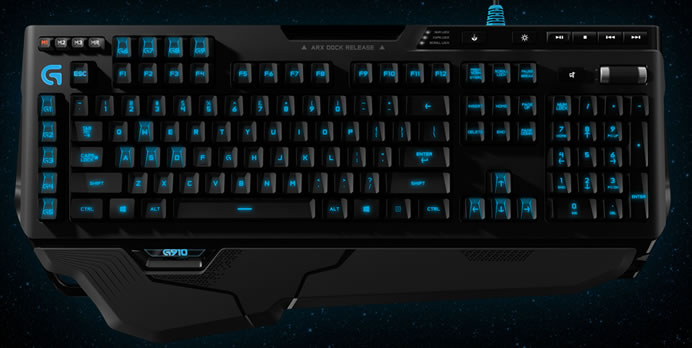 Logitech G910 Orion Spark RGB Mechanical Keyboard features exclusive new Romer-G mechanical switches, which can’t be found on any other keyboard. With an actuation point of 1.5 mm, Romer-G switches register your key presses up to 25 percent faster than competing mechanical switches. Improved durability at 70 million keystrokes, up to 40 percent longer than others on the market, also allows this keyboard to weather the wear and tear of intense gaming. 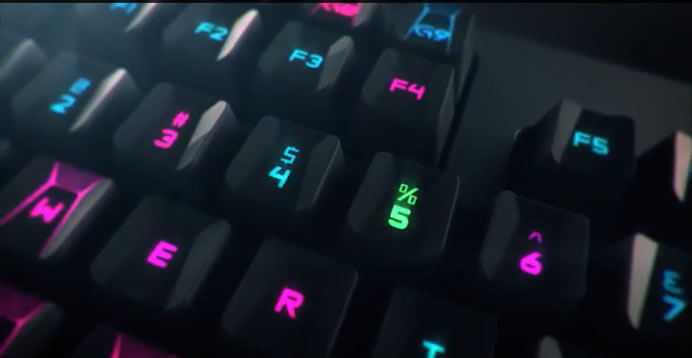 The lighting in every key of Orion Spark can be individually customized from a palette of 16.8 million colors. Gamers can mark keys by color to keep track of spells and other commands, change colors to match your setup, or set lighting by game. The lighting is centrally located within each switch and is directed by precision optics, to ensure that the lettering on each key is evenly illuminated.

Arx Control is a new app from Logitech G that works with LGS to enable delivery of a wide range of information on your mobile device including anything from in-game intelligence, to vital system performance stats, to media controls. Using Arx Control SDK game developers can even create customized applets to deliver content unique to their game. Logitech G910 Orion Spark RGB Mechanical Keyboard features a pullout tray that supports most iOS and Android devices, providing easy access to Arx Control data.