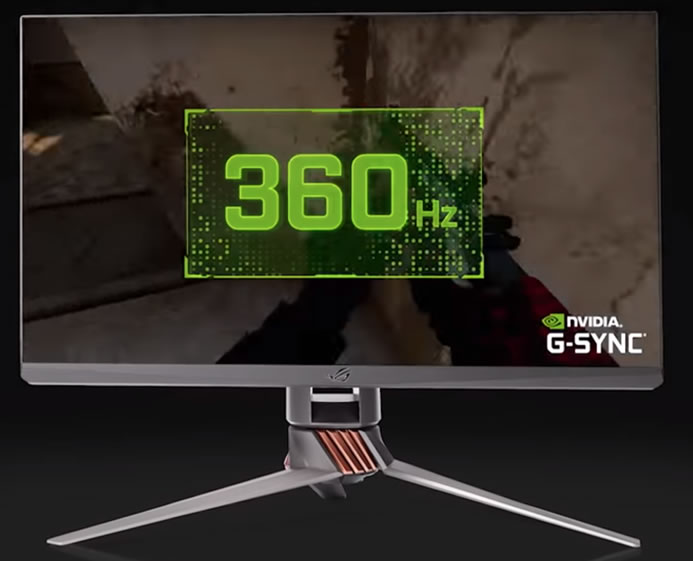 Nvidia and Asus will showcase the world’s first G-SYNC 360Hz display–the ASUS ROG Swift 360–at CES 2020. The ASUS ROG Swift 360 is specifically designed for esports competitions and features a 24.5 inch form factor to keep every pixel of action in the field of view. The ASUS ROG Swift 360 features Asus’s new sleek ROG finish that feels at home on the grand stage at any esports event. While esports pros previously accepted frame tearing on their display to avoid waiting for the next frame to update, with G-SYNC’s 360Hz and VRR technologies, frames now refresh in less than 3ms, so esports pros can get both tear-free frames and incredibly low latency.

All G-SYNC certified displays undergo a rigorous validation process and are subjected to 300 image quality tests to ensure they deliver consistent quality and maximum performance. As the image scrolls past, the scene, nameplates, and all the action is much much clearer at 360Hz, making it far easier to stay focused on your opponents. 360Hz also helps gamers to get on target faster by reducing system latency and improving target acquisition through increased display clarity. ASUS ROG Swift 360 which pairs perfectly with GeForce will be available later this year .