2010 is poised to be the year where consumers can enjoy stunning 3D experiences across all entertainment mediums, including gaming, photographs, Web browsing, and of course, movies. And, with the forthcoming 3D Blu-ray specification expected to be formally announced later this year, Nvidia and its partners announced that the amazing 3D experience that has proven so popular in movie theaters is about to come home. Nvidia has been demonstrating a complete 3D movie solution to movie studios, press, and customers, consisting of a PC equipped with a GeForce GPU and Nvidia 3D Vision active-shutter 3D glasses, as well as new 1080p, 3D LCD displays from Acer to showcase how consumers will experience this new 3D Blu-ray content once it is commercially available. 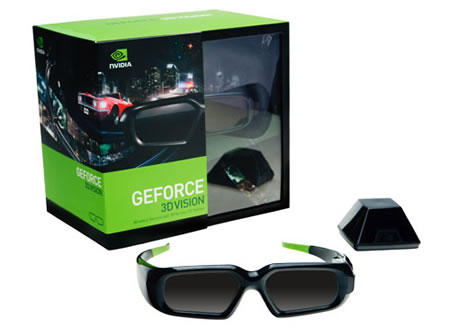