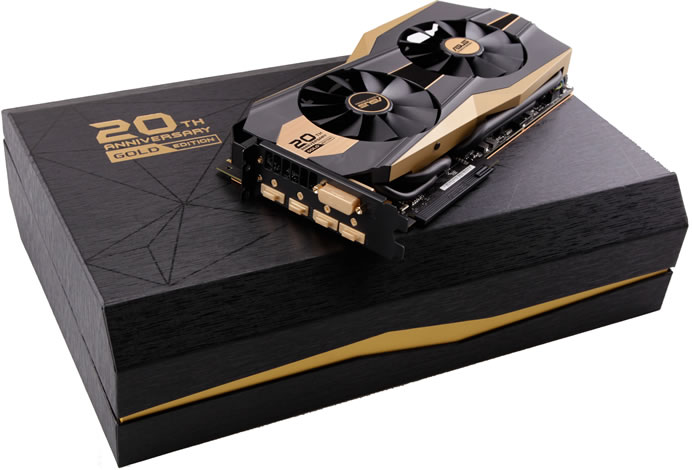 To commemorate 20 years of making graphics cards, Asus is releasing in limited numbers the fastest GTX 980 graphic card money can buy. This highly-collectable card comes in a very special package for a very special occasion. For fans who love collecting boxes, you don’t want to miss out on this one.The main attraction comes in the form of a matte-black and gold Nvidia GTX 980 with ASUS-exclusive technologies.

On the side, there is the 20th Anniversary logo which is also a color-coded, real-time load indicator that changes color to show the GPU load level – blue for light load, orange for medium, red for heavy and green for safe mode. By pressing the Clear VBIOS button, your GPU default settings will be restored so you can overclock with confidence.The Asus back-plate and all ports are gold-plated, making this the perfect card for a gold/yellow mod, or for adding a touch of class and quality in your build.The dual-slot card measures 11.3 X 5.4 X 1.6 inches in size 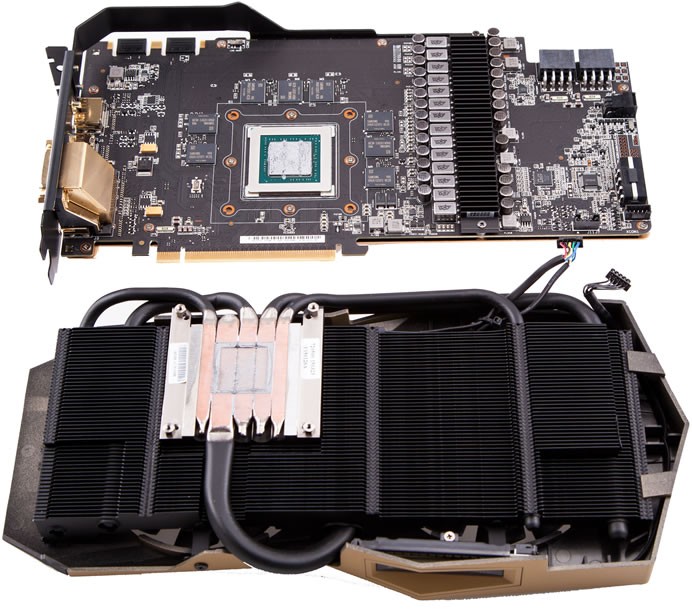 At the core, it is powered by Nvidia’s acclaimed 2nd-gen Maxwell architecture (GM204); their most powerful and efficient architecture to date. This factory-overclocked beast runs at a whooping 1,431MHz (18% boost from 1,178MHz so this is even faster than the mighty ROG Matrix Platinum!), with 4GB of GDDR5 video memory operating at 7,012MHz (effective) on its 256bit memory bus. There are five display outputs in total: DVI, HDMI 2.0 and three DisplayPort 1.2 (four of which can be used concurrently), so you can run games on multiple displays. 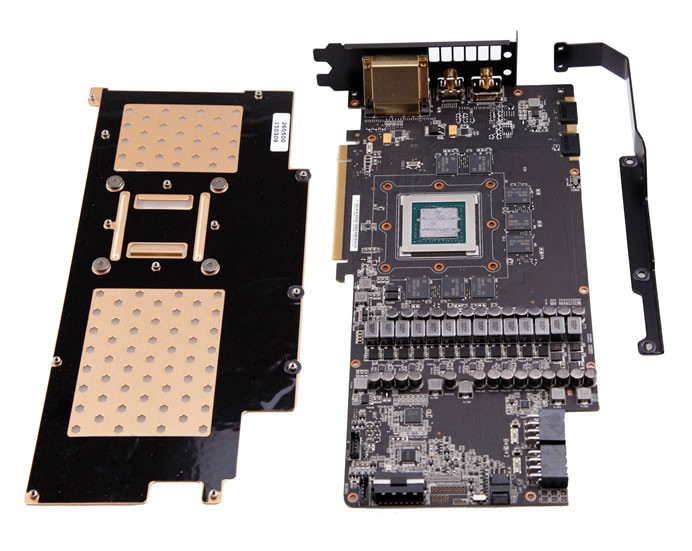 The Golden Edition card is fitted with ASUS-exclusive technologies like the DirectCU II heatsink which provides 15% greater cooling and three times quieter than reference design. It incorporates a CoolTech fan for multi-directional cooling, making this an exceptional quiet card even when the fans are at full-speed. The Direct CU II heatsink combined with the CoolTech fans and 10mm heatpipes make 0dB Fan Technology possible so users have ultra-silent operation without water-cooling. 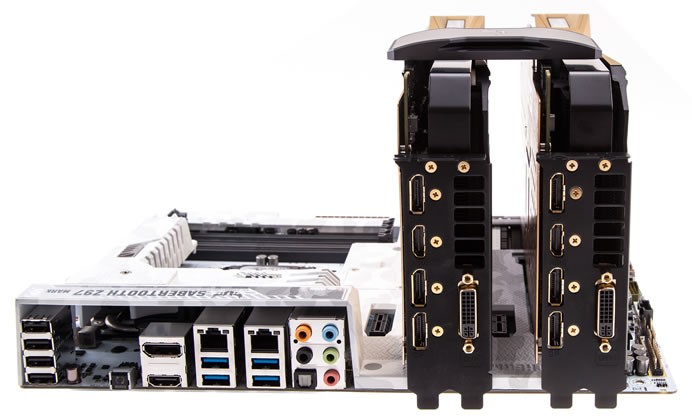 Details do matter, so matte-black is applied to the heatsink and heatpipes match the theme, while on the back of the PCB is the gold version of the premium brushed-metal back-plate, which doesn’t only look fantastic but also helps spread and dissipate the heat from components and the PCB.