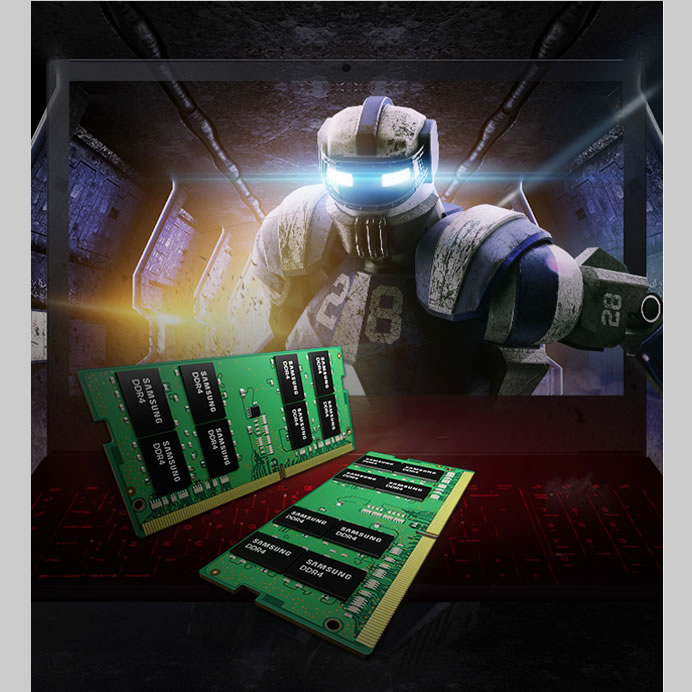 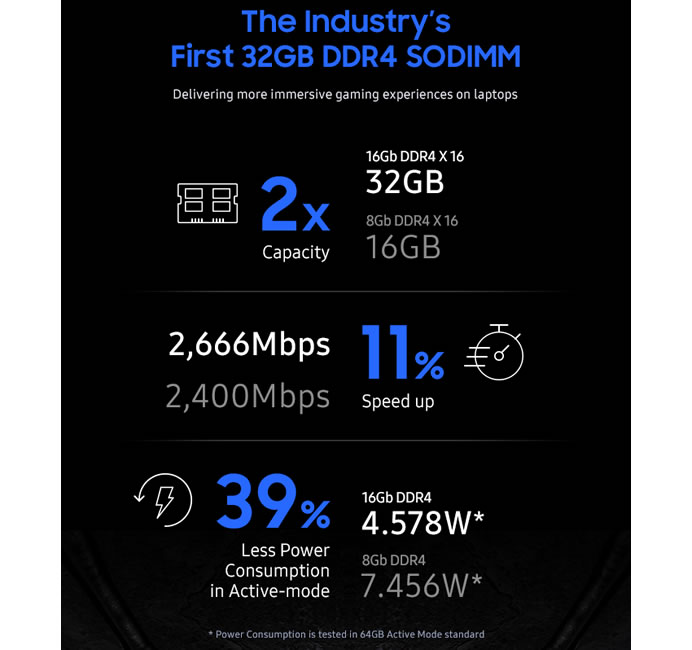 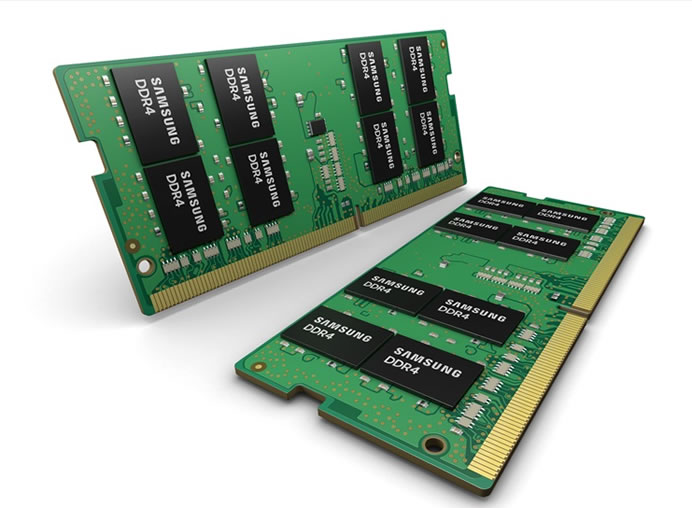 With a total of 16 of Samsung’s newest 16-gigabit (Gb) DDR4 DRAM chips (eight chips each mounted on the front and back), the 32GB SoDIMM allows gaming laptops to reach speeds up to 2,666 megabits-per-second (Mbps). A 64GB laptop configured with two 32GB DDR4 modules consumes less than 4.6 watts (W) in active mode and less than 1.4W when idle. This reduces power usage by approximately 39 percent and over 25 percent, respectively, compared to today’s leading gaming-oriented laptops, which are equipped with 16GB modules.