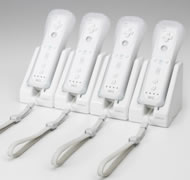 Sanyo announced an easy-to-use Contactless Charger Set for the Wii Remote Control. The Contactless Charger is manufactured especially for Nintendo Co., Ltd. (Nintendo)’s Wii remote control. The Wii remote uses two AA batteries and it is well known to take up many batteries. This new set offers users the convenience of simple charging by placing the Wii remote control into the specialized stand, the only battery and charger made under license from Nintendo, and the capability to sequentially charge 4 controllers from a single AC adapter. The charger also offers a ‘charge failure detection function, ensuring safe recharging. The Wii remote control can be recharged by simply placed in the stand without removing the batteries, the Wii remote jacket, or the back cover. 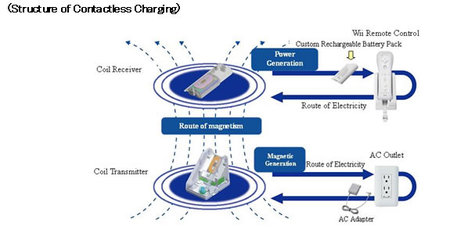 The battery pack can be recharged in less than four hours. Sanyo Contactless Charger Set for the Wii Remote Control will be on sale in Japan starting from August 25, 2008.