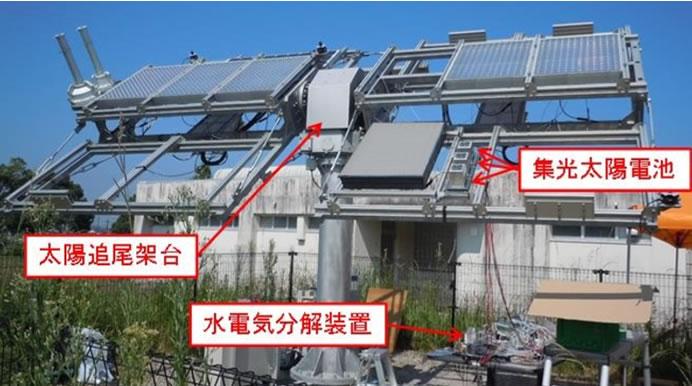 University of Tokyo and the University of Miyazaki (UOM) researchers have made a system capable of water electrolysis using electricity generated by solar cells and succeeded in storing 24.4% of sunlight energy as hydrogen. In the latest research, Sumitomo Electric Industries , concentrating solar cell with a new optical design was mounted on THK Co Ltd’s sun-tracking mounting system at UOM, which is an R&D base for concentrating solar cells. As a result, a power generation efficiency of 31% was achieved under the sunshine conditions of Miyazaki. When the efficiency of electricity-to-hydrogen energy transfer in water electrolysis (80%) is taken into consideration, the sunlight-to-hydrogen energy conversion efficiency reaches 24-25%. 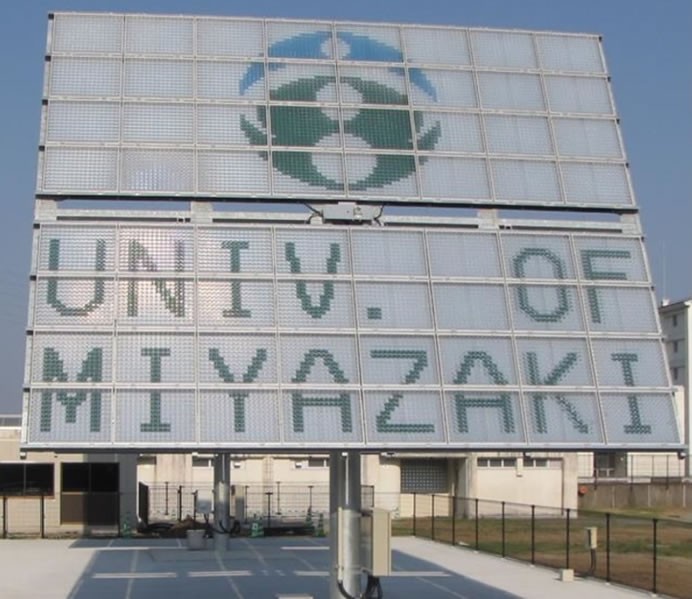 In August 2015, an Australian research group achieved a sunlight-to-hydrogen energy conversion efficiency of 22.4% by using a similar principle. This time, the Japanese researchers realized efficiency higher than that and achieved the world’s highest-class efficiency. Conventionally, in such a research, mimic sunlight is used. However, this time, real sunlight was used. The solar cell and water electrolysis unit used for this system are commercially available, and, thus, the system can be realized with existing technologies. Concentrating solar cells are more expensive than normal solar cells. But, with their high power generation efficiencies, they can reduce power generation costs in high-illuminance regions outside Japan and are expected to reduce hydrogen cost to US$4/kg, which is a goal of the US Department of Energy (DOE).
Source:-