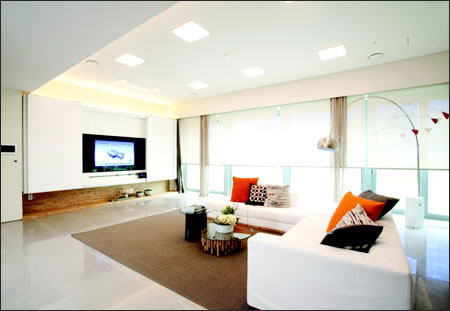 Samsung is offering a picture of what the intelligent, energy-efficient houses of the near future may look like. Samsung C&T’s (a leading innovator in the construction and housing industry in Korea) Green Tomorrow model house in Yongin, Gyeonggi Province is built around a heavily-insulated roof installed with solar panels and triple-glazed, low-emissivity glass throughout. Green Tomorrow is designed to consume 56 percent less electricity than average apartment units, which use more than 33,000 kilowatt-hours a year. Green Tomorrow is a product of a wide range of cutting-edge technologies, including solar and wind power generating equipment, low-power light-emitting diode (LED) lighting, a radio frequency identification-based management program for monitoring food, clothes, other items, the smart grid system and information systems for cars. 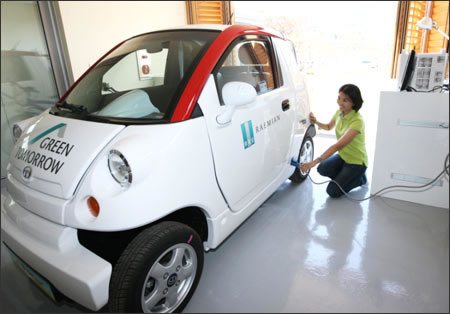 Some of the technologies, including the solar power equipment, new heat insulation materials and geothermal heating systems for car roads, are already applied to the Raemian Dongcheon apartment complex in Yongin, where the first residents are expected to move in during May. Samsung will start applying the technologies used for Green Tomorrow in its Raemian apartment units built from 2013.