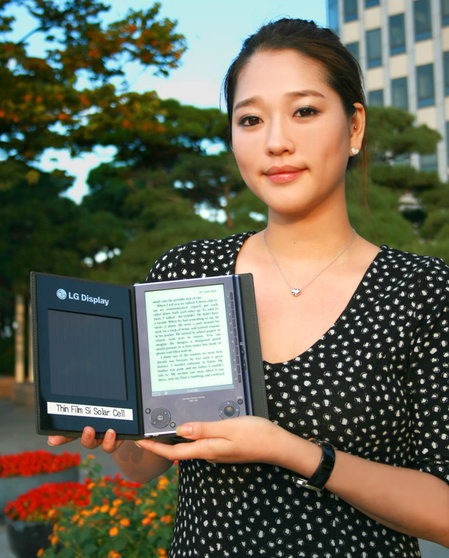 The current energy conversion efficiency rate of this product is approximately 9.6 percent. Exposure to sunlight for about four to five hours would extend the running time of the e-book’s battery by a day without the need for additional charging. This would allow longer outdoor use of the e-book and lessens worries about battery discharging.