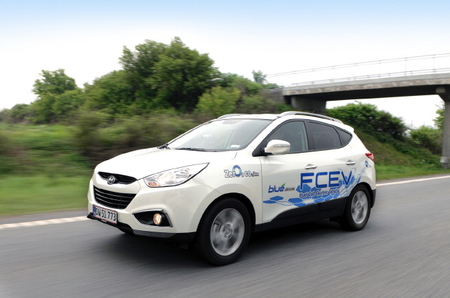 Debuted at the Geneva Motor Show in 2010, the ix35 features important innovations over previous-generation Hyundai FCEVs, including a 55 percent improvement in driving range and an 80 percent reduction in manufacturing costs. Hyundai has become a world leader in the development of hydrogen fuel cell technology since the introduction of the Santa Fe FCEV in 2000, operating a dedicated fuel cell research division at its Eco Technology Research Institute in Korea.