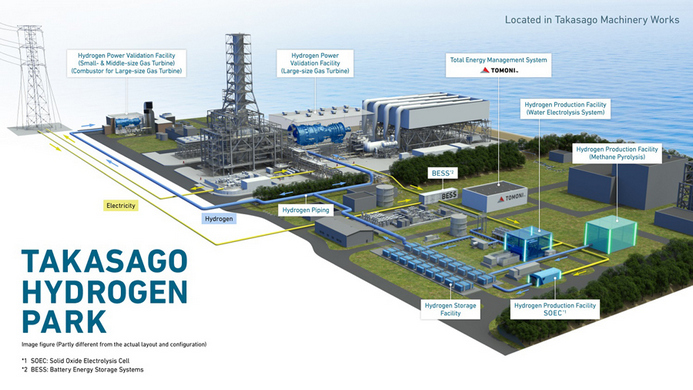 An integrated system for all aspects of hydrogen-related technologies, from development to demonstration and verification, will be established at the Takasago Machinery Works. For the combustion chamber, the key component of hydrogen gas turbines, Mitsubishi Power will create a work-flow that includes development at the development center (Research and Innovation Center), design, production of an actual machine at the manufacturing plant, and validation testing at the demonstration facility. The hydrogen production facility utilizes a water electrolysis system, and Mitsubishi Power plans to conduct successive testing and verification of other next-generation hydrogen production technologies such as turquoise-hydrogen production by pyrolysis of methane into hydrogen and solid carbon, etc.