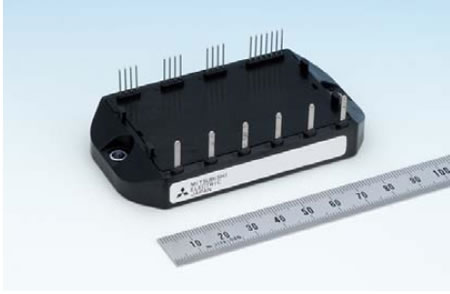 Mitsubishi Electric announced today the launch of its new PV Series intelligent power modules (IPM), mainly for use in residential photovoltaic (PV) inverters. Demand for PV systems is increasing as a means to generate renewable energy to help prevent global warming. Inverters are an essential part of PV systems, converting DC electricity generated from solar cells into AC electricity for residential use. Because inverters for residential PV systems are usually installed indoors, it is important that they be made as small as possible.

The six Mitsubishi models, which can also be used in inverters for fuel cell systems, each measure 90 mm ×
50 mm, contributing greatly to PV inverter miniaturization. Shipments will begin in May 2010 through
Mitsubishi Electric sales sites in the Americas, Europe, China and Korea.