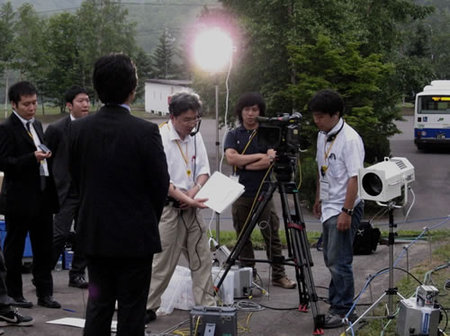 Japan Broadcasting Corp (NHK) is using a portable fuel cell power system and LED lighting equipment on a trial basis for part of the live TV broadcast of the Hokkaido Toyako Summit. The portable fuel cell power system is a direct methanol fuel cell with a pump and a fan. It has an output of about 100W and can generate power for about 2.5 hours with a 500mL fuel tank (containing methanol with a concentration of 40%). The system is capable of recharging two Li-ion rechargeable battery packs for TV cameras. The fuel cell power system weighs only 6kg (excluding fuel), although its output is limited to 100W. The LED lighting equipment with only about 1/3 power consumption, the equipment is as bright as the existing tungsten lamp. The equipment reduces the power consumed by the lights in studios, and prevents the temperature rise in the room, thereby reducing the power consumed by air conditioner. 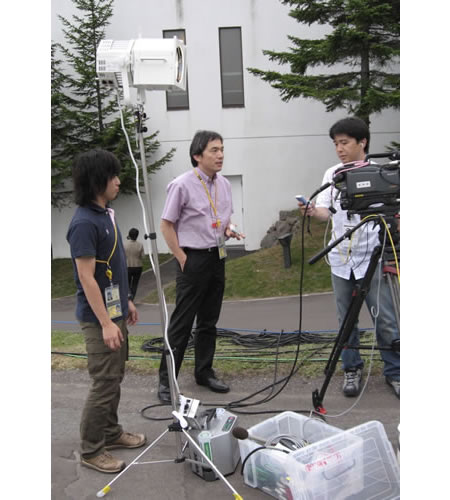 The fuel cell power system does not directly contribute to the reduction of CO2 emissions because it uses methanol as a fuel. NHK hopes that the system will be able to run on hydrogen fuel or bioethanol derived from renewable energy in the future, so that the system will provide a solution to environmental problems.