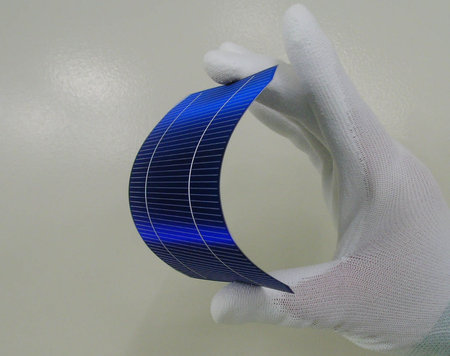 Sanyo has achieved the world’s highest-level conversion efficiency of 22.8% at the research level in a practical size, using an ultra-thin HIT solar cell with a thickness of 98μm, which is less than half the thickness of a conventional high-efficiency solar cell. With crystalline silicon-type photovoltaic cells such as HIT solar cells, the most important issue for reducing the cost of photovoltaic systems is the achievement of both energy conversion efficiency and a thin silicon wafer, which is the energy generation layer.

In the future, Sanyo will focus on advancing applications for mass-production products with technology that offers both high conversion efficiency and a thinner cell for the newly improved HIT solar cell.