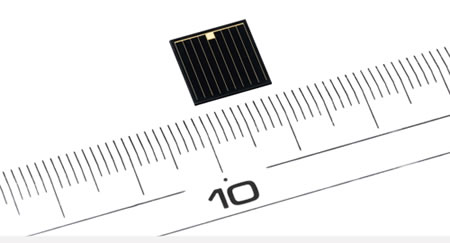 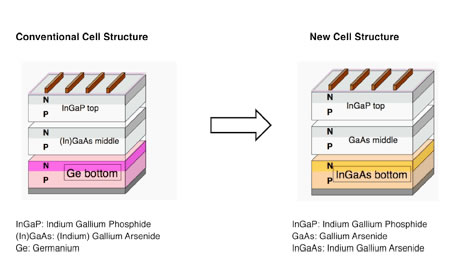 Sharp has now succeeded in forming an InGaAs layer with high crystallinity by using its proprietary technology for forming layers. As a result, the amount of wasted current has been minimized, and the conversion efficiency, which had been 31.5% in Sharp’s previous cells, has been successfully increased to 35.8%.