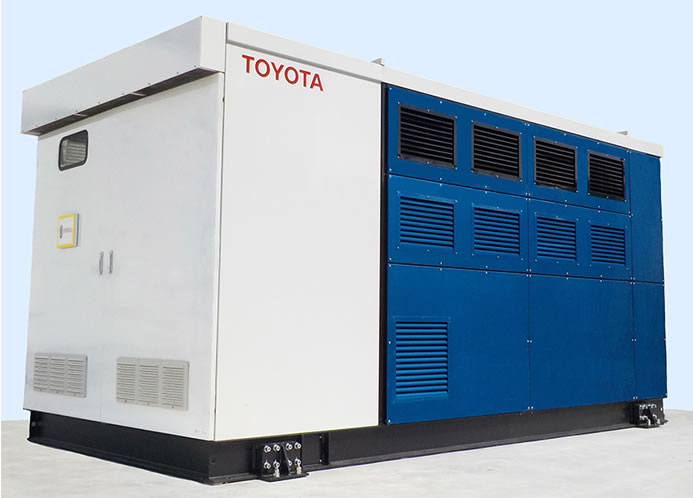 Toyota has developed a stationary fuel cell generator (FC generator) that makes use of the fuel cell system (FC system) equipped in the Mirai Fuel Cell Electric Vehicle (FCEV). The FC generator has been installed within the Honsha Plant grounds in Toyota City, Aichi Prefecture, and verification tests have now commenced. The FC generator uses two each of the FC system components equipped in the Mirai, including its FC stack, power control unit (PCU), and secondary battery. By using components from the Mirai FC system, Toyota seeks to produce a high-performance generator at a reasonable price.

Based on the results of the verification tests, Toyota intends to use FC generators as private power generators in an increasing number of plants. The generators will be fueled by hydrogen emitted both during the production process for FC system components, as well as during evaluation and testing processes.