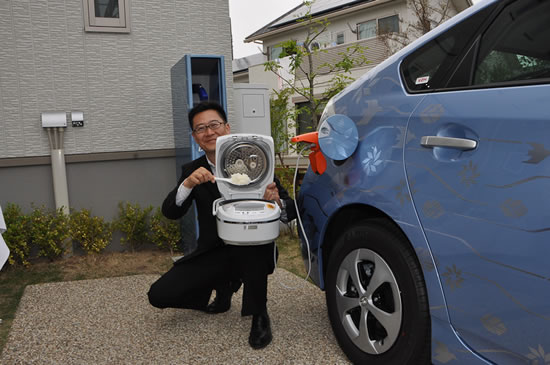 Toyota has developed a vehicle to home (V2H) system for the mutual sharing of power between electric-powered vehicles, such as plug-in hybrid vehicles (PHVs) and electric vehicles (EVs), and homes. The newly developed V2H two-way electric power supply system can supply power from home to vehicle as well as from vehicle to home. An AC100 V inverter onboard the Prius PHV converts stored power into AC suitable for home use, while power flow is controlled according to communication between vehicle, charging stand and the home. With this new method, low-carbon electricity (“green” electricity) generated from regional or home solar generators, or low-cost late night electricity, can be stored in a vehicle’s drive battery and then used to supply power to the household during peak consumption times. This kind of optimal energy flow can be automatically controlled by a home energy management system (HEMS). 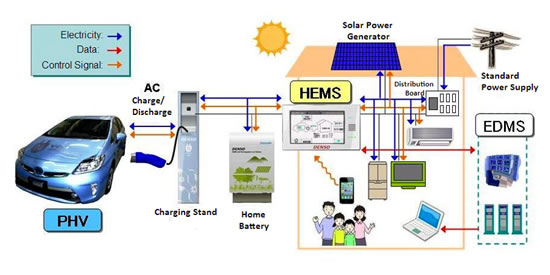 Vehicle batteries can also be used as a power source in times of emergency by manually setting the electricity flow to supply power from the vehicle’s drive battery through the charging stand to a home’s lights and power outlets. With a fully charged battery and full tank of gasoline, a Prius PHV can supply power for average Japanese household electricity use (approximately 10 kWh) for four days. The V2H system is to start testing, using Prius PHVs, at the end of 2012 in approximately ten households as part of the Toyota City Low-Carbon Verification Project2 (Toyota City Project) that began in April 2010. 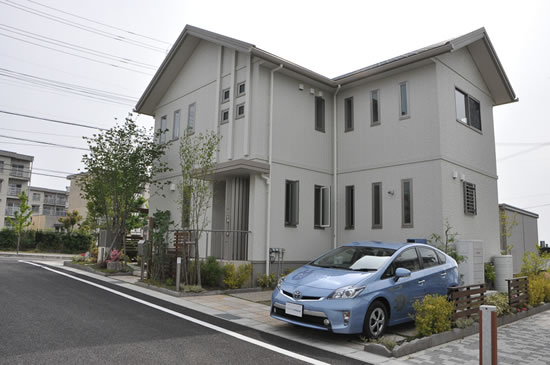 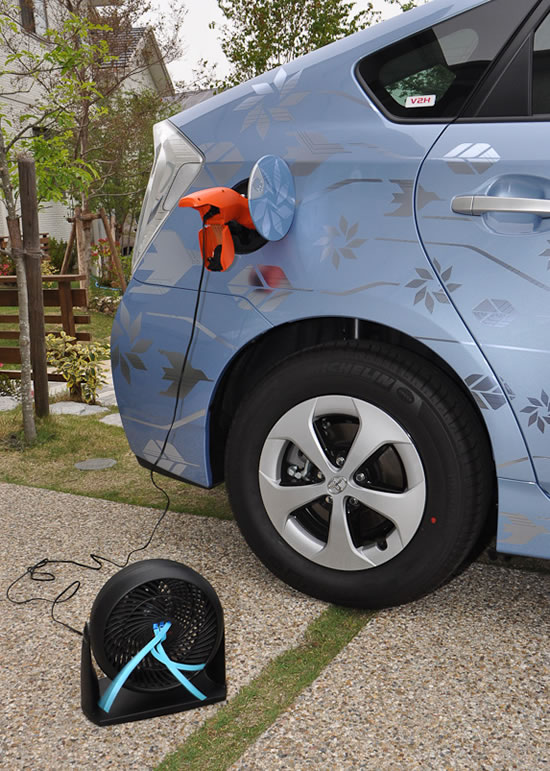