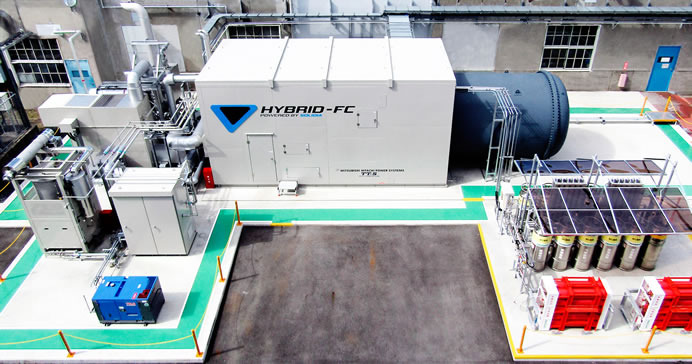 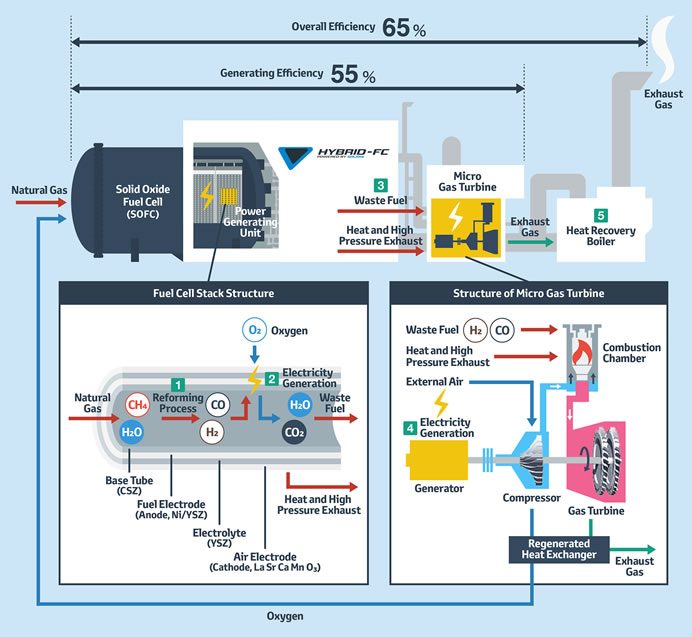 The trial operations will utilize the system as an internal power generation facility, with the aim of testing and evaluating the system’s energy efficiency, performance, and durability. This hybrid system achieves high generating efficiency (55%3) with its two-stage power generation system, and also increases overall efficiency (65%) by using the cogeneration system. For this reason, Toyota has positioned it as an effective technology that would help to realize the goal of achieving a low-carbon society. The electricity and waste heat generated is used within Motomachi Plant. The newly introduced hybrid power generation system is being implemented as part of the “Technological Demonstration for targeting Mass-production of Pressurized Hybrid Power Generation System Consisting of Cylindrical Solid Oxide Fuel Cell (SOFC) and a Micro Gas Turbine (MGT) of the New Energy and Industrial Technology Development Organization (NEDO). 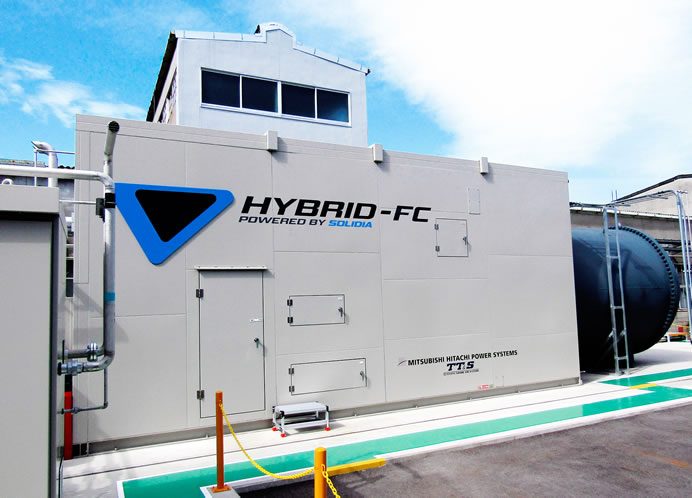 This system was jointly developed by Toyota, Toyota’s subsidiary, Toyota Turbine and Systems Inc., as well as Mitsubishi Hitachi Power Systems Ltd. Toyota will continue to promote the development and introduction of the efficient utilization of hydrogen technology in plants, while continuously monitoring the results of the introduction and demonstration results of this hybrid power generation system. This represents a progress forward in terms of initiatives targeted at reaching zero CO2 emissions in plants, which is one aspect of the Toyota Environmental Challenge 2050 which had been announced in 2015.