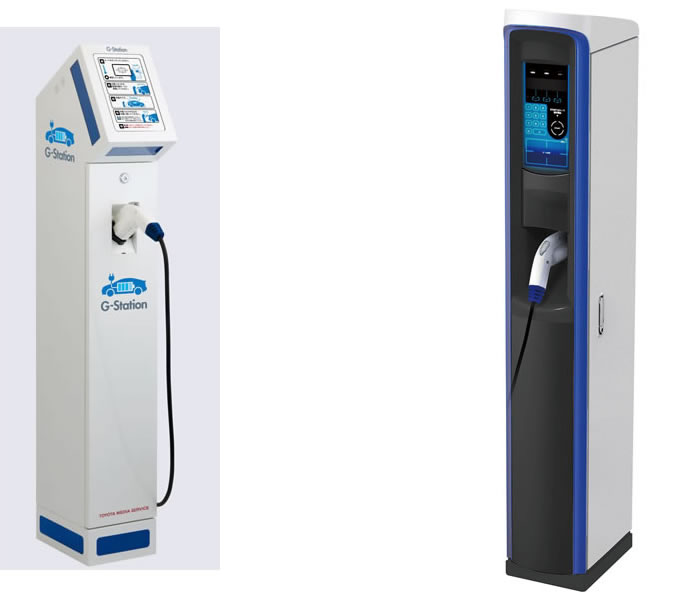 Toyota will be testing electric vehicle charging infrastructure in Aichi Prefecture from November 1 until March 15, 2015. The tests will involve standard chargers for use with vehicles such as plug-in hybrid vehicles (PHVs) and electric vehicles (EVs). In addition to targeting commercial, tourist, and accommodation facilities as in past tests, this year’s tests will also involve cultural and social service facilities (including some in hilly and mountainous areas). Multiple chargers will be installed at certain commercial facilities where charger use was heavy in last year’s tests. The aim will be to ascertain the optimal number and location of charging stations and their ease of use.

A total of 147 chargers will be used in the upcoming tests, including 43 newly installed chargers (some of which are non-subsidized) and 104 installed in or prior to the last fiscal year. The tests will be conducted jointly with four municipalities (Kariya City, Toyota City, Toyohashi City, and Nagakute City) and two companies (Toyota Industries Corporation and UNY Co., Ltd.), all of which are located in Aichi Prefecture. Toyota conducted similar tests in FY2012 and FY20131.