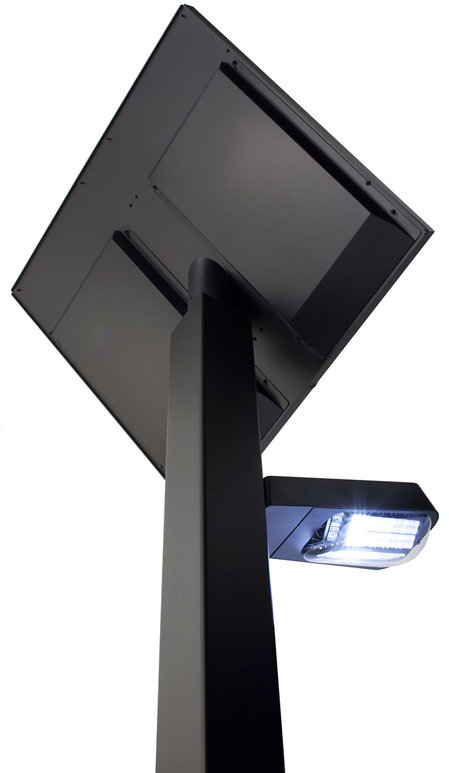 Unlike previous models which required separately installed large lead batteries, the Lithium-ion Solar Street Light is small and refined, and the lead-free design reduces its impact on the environment. The Lithium-ion Solar Street Light is suitable for use in schools, parks, streets, around housing complex and public outdoor facilities, and in times of disaster will watch over the neighborhood.Two versions of the street light will be released by Panasonic Electric Works in January 2011 in Japan (planned).