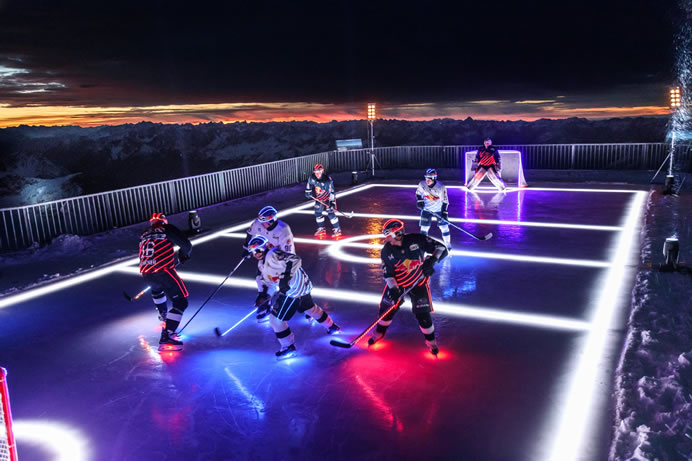 Osram celebrates 110th brand anniversary at the top of the Zugspitze

High-performance sport meets high-performance lighting: Osram crowned the celebrations commemorating the 110th brand anniversary with a spectacular event at the top of the Zugspitze, attended by some of Germany’s best ice hockey players. Eight members of Germany’s championship winning team, EHC Red Bull Munich, played an evening ice-hockey game against a stunning alpine backdrop, with the help of high-tech lighting provided by Osram. 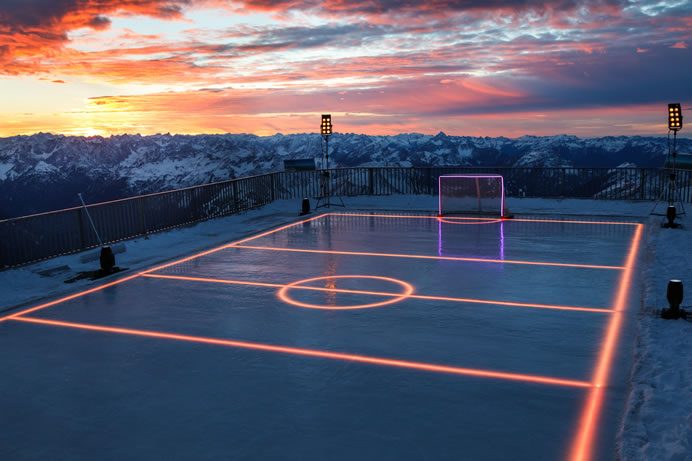 The rink and its surrounding area were illuminated by floodlights and effect lighting from Osram, turning the event into an impressive peak-top spectacle. With the game taking place in the background, Osram unveiled its latest world first to a broader public. 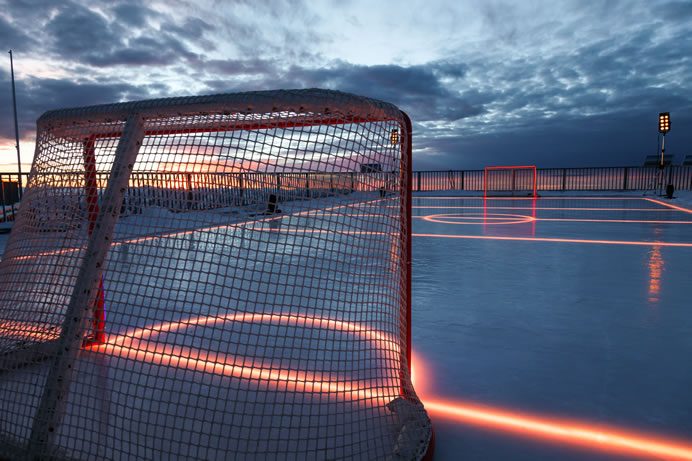 In 2017, Osram will be introducing LED lighting integrated into fabrics. Active lighting considerably improves the visibility and conspicuousness of safety clothing and sportswear. In the ice hockey game on the Zugspitze, at an altitude of just under 3,000 meters, this technology was exposed to extreme conditions. The modern LEDs from Osram, integrated into the clothing, helmets and puck, showed how they can cope with tough sports and freezing temperatures.